At the beginning of 1993, my friend Trisha and I both had horse related jobs that wintered in Florida. I was staying in Jacksonville for a couple pre-circuit shows when I noticed there were four full days between the first and second show. That gave me more than enough time for a short roadtrip. I hadn't seen Trish in almost two years, so I borrowed my bosses' truck and headed south to Palm Bay. 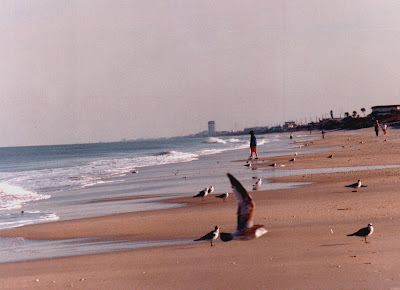 I took a lot of pictures in the few days I stayed with Trish, but most of them are horsey and more appropriate for my other blog. 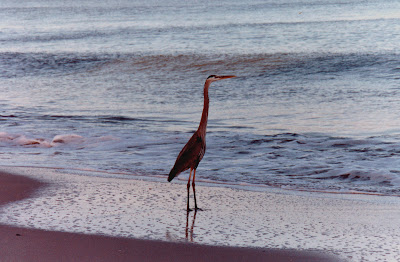 Palm Bay is on the East Coast of Florida. Trish's apartment was close to the beach, and we went out for an evening stroll along the shore the night I was there. 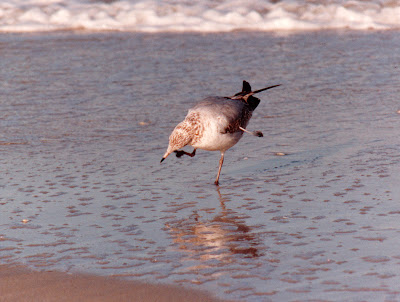 I really liked this beach as it was not touristy at all. 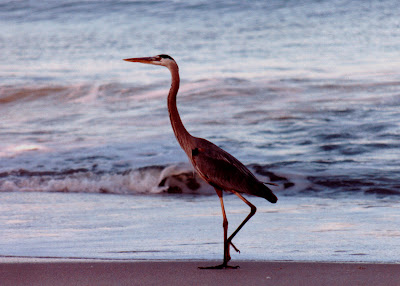 As you can see from these pictures there were far more birds than people. 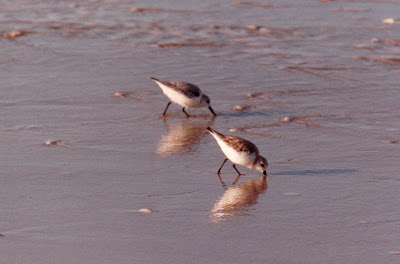 I think I must have taken a whole roll of film just on the birds alone! 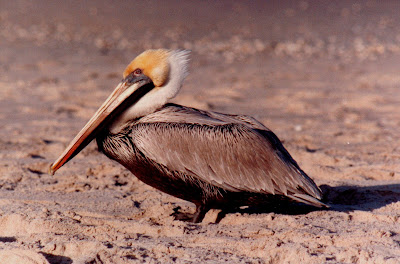 There were also a lot of shells. 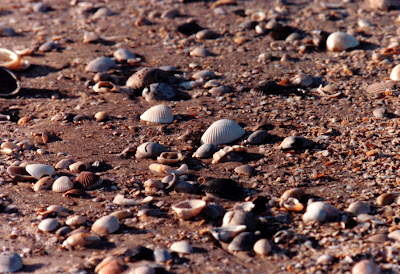 We both picked a few pretty ones to take home with us. I think I might still have mine in the bottom of a box somewhere. 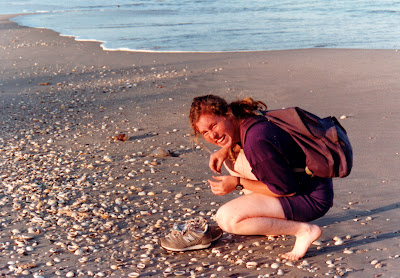 A picture of me. 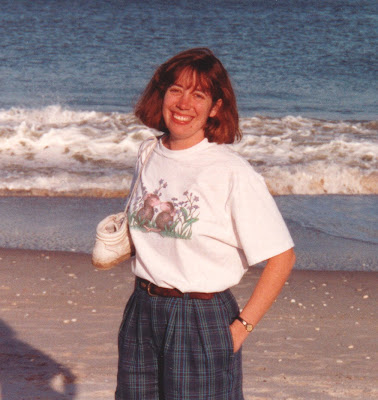 And one of Trish! 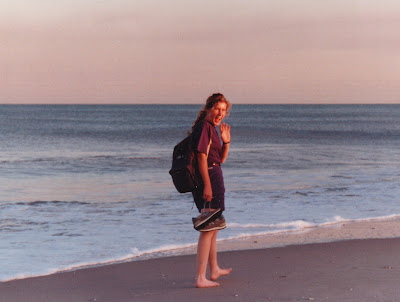