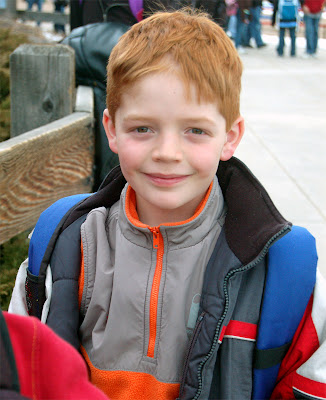 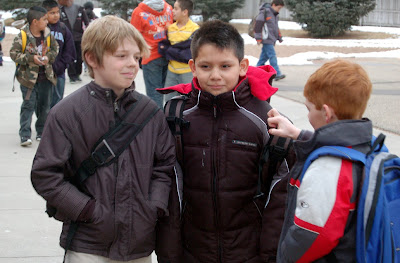 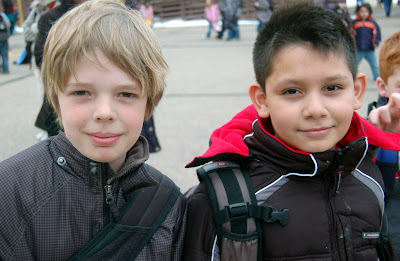 The boys would have been content to spend the morning throwing snowballs... 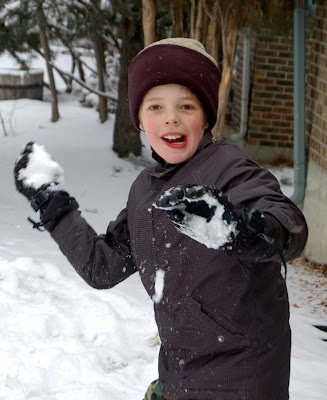 but Seth had other ideas! He took a bench, an old door and an even older chair and created a miniature sledding hill in our front yard. 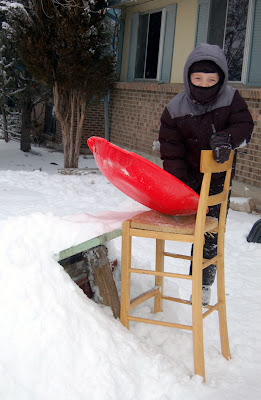 James at the top of "Door Mountain." 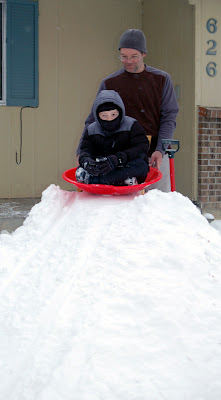 And away he goes! 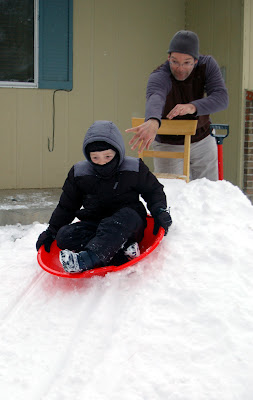 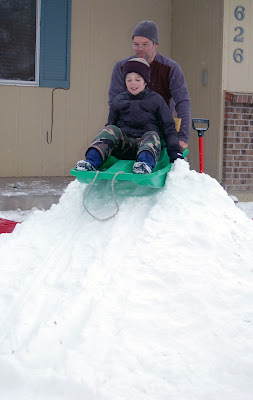 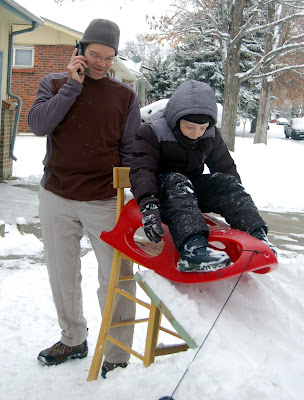 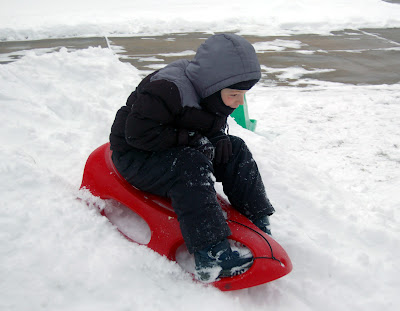 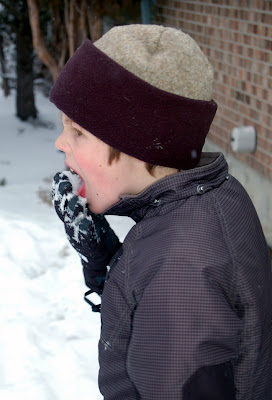 James posing as the Michelin Man. 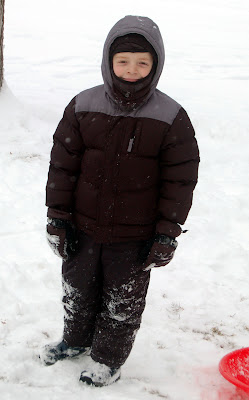 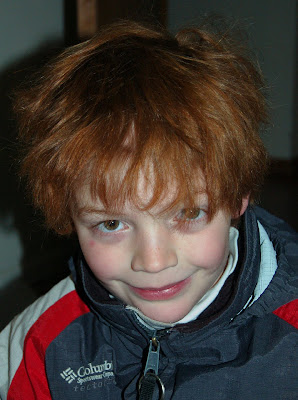 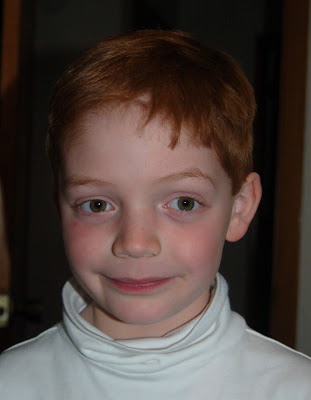 Today James asked me how old he had to be before he could legally change his name. I said eighteen and than asked him what he wanted to change his name to. He paused and said he liked his first name and he liked Buxton, but he thought it would be cool to switch the "Roy" for "Phantom."

I don't know why, but the idea of having a kid named James Phantom Buxton really cracked me up.
Posted by Braymere at 6:08 PM No comments: