Yesterday was the day of Abbie's much anticipated fifteenth birthday party. James woke up excited. 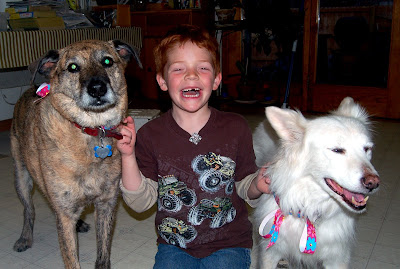 Abbie was right there with him, 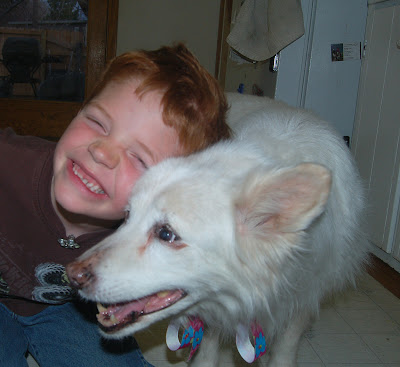 but Maggie needed a little convincing. 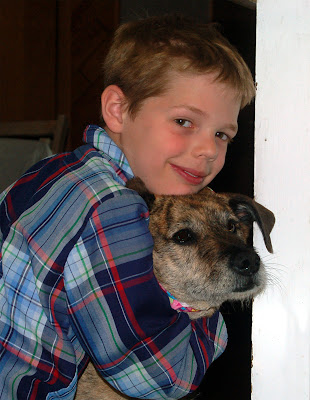 While the kids were at school, the girls and I got ready. There were all sorts of yummy, homemade appetizers for the dog guests, 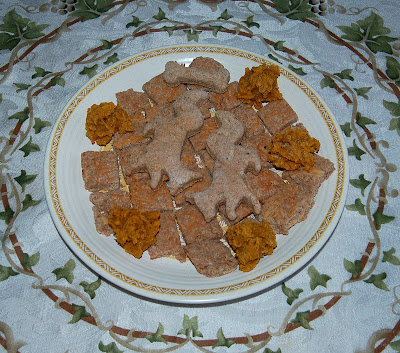 as well as goodie bags to take home. 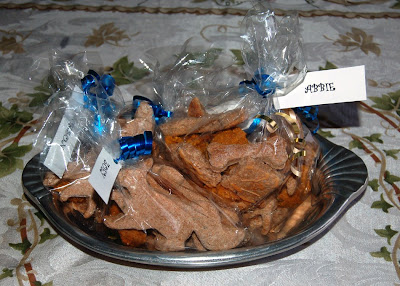 The human guests were treated to dinner and dessert. 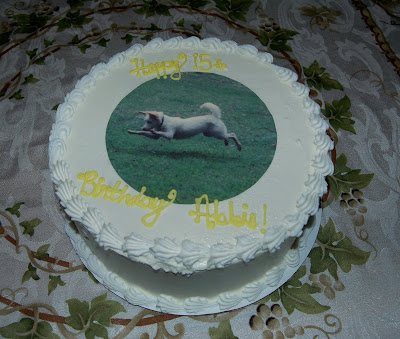 A variety of dog themed beverages were also provided. 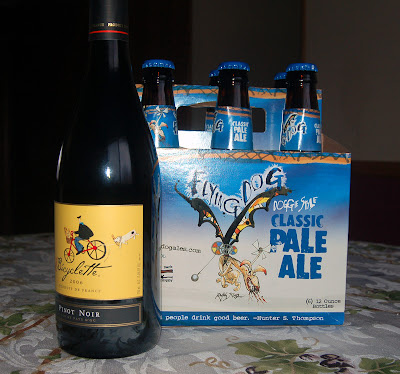 The birthday girl waiting for her guests to arrive. Seth and Cara tried unsuccessfully to organize the dogs for a picture. 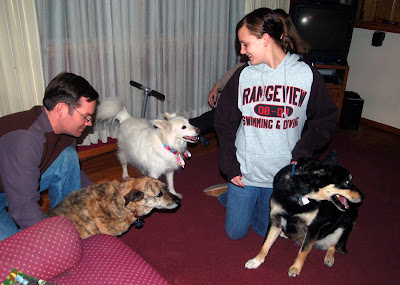 Abbie and Rasko were the most cooperative. 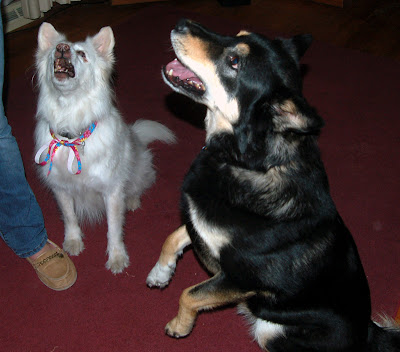 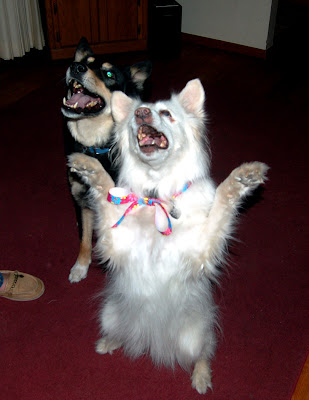 Shiva was a bit too refined to join the rowdy mob. 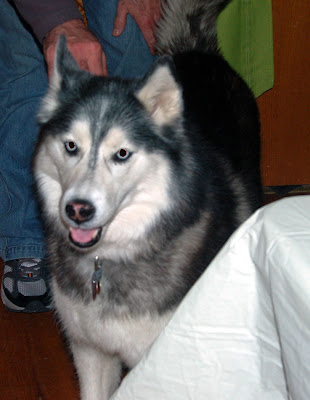 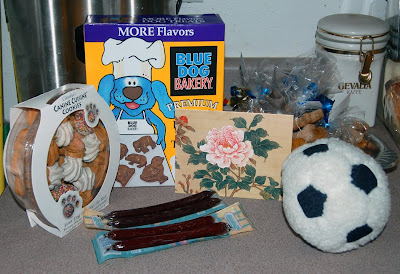 Hugs for the birthday girl and her sister. I must say the birthday girl still looks pretty and still has the intelligent look about her. The pictures with the boys are really nice. And poor, poor me, I have never had such a nice cake!

I love the show-off photo of Abbie, classic! Aw, she's so sweet.