The Holiday Blizzard of 2006

There have been two blizzards since Seth and I moved back to Colorado. These pictures are from the "Holiday Blizzard" of 2006 which completely shut down the airport in the midst of the Christmas rush. The roads were terrible and we went several days without mail and two weeks without trash pickup.

Of course, the kids mostly just thought it was fun! 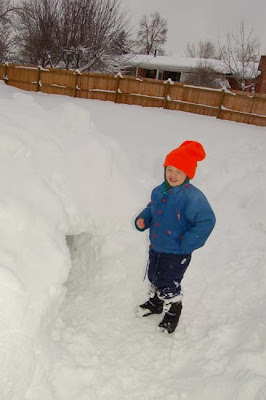 Look how deep the snow was! Seth shoveled a path to the back of the yard. 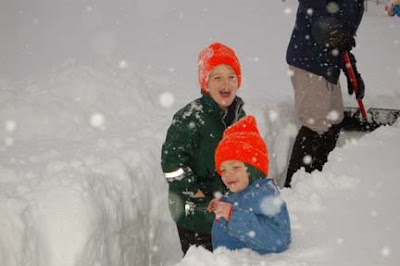 After that was done, he and the boys built an igloo! It wasn't very big but James didn't mind. 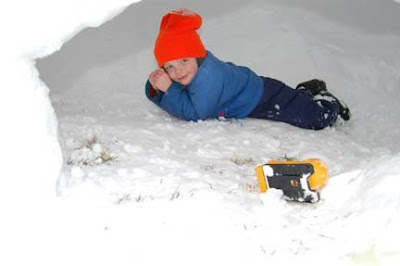 James is on the move... Where do you think he's going? 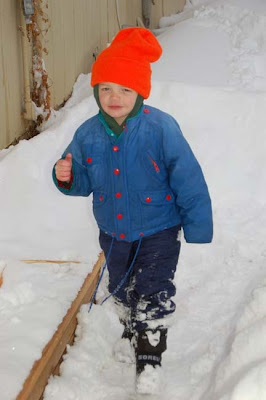 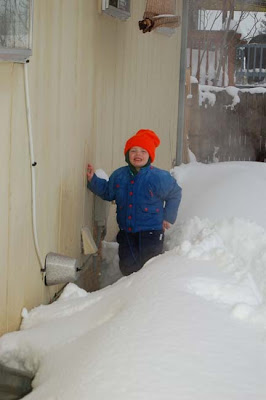 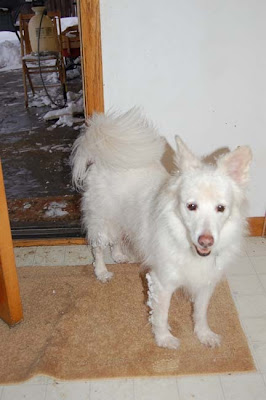 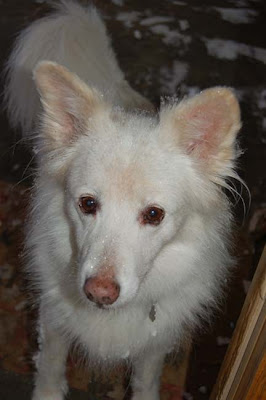