About a week ago, I received a letter inviting me to the Prairie Middle School Sixth Grade Awards Ceremony.  This was to be held on the morning of the last day of school and Ryan would be receiving a certificate.

The ceremony was held in the Overland High School auditorium.  The parents were seated first, and then the award winning children filed in.  No Ryan.

"What's going on?"  I wondered as I turned to look at the non-award winning children on the other side of the room.  Almost immediately I spotted Ryan's shaggy head.

"Oh crap," I thought. "Who wants to watch a bunch of other people's kids get awards?"

I thought about leaving, but it was too late.  Overland principal Mr. Lundy and Prairie principal Dr. Cassaday were already on the stage making introductions. 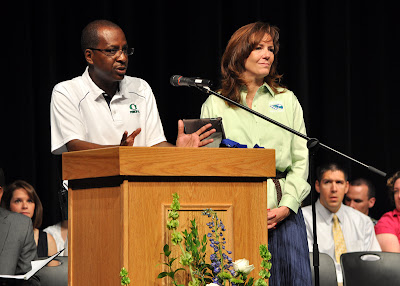 It's a big middle school, so there were a lot of awards.  I recognized several former Highline students among the winners including Abenezer and Matthew... 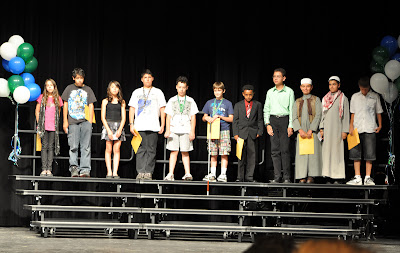 and Abenezer (again!) and Sarah. 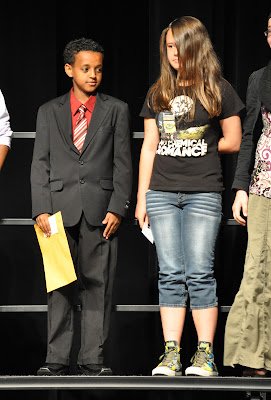 The second to last group of awards were based on the students' cumulative grade point average.  Ryan's science teacher and robotics coach, Mr. Blood announced the winners for Community 3B. 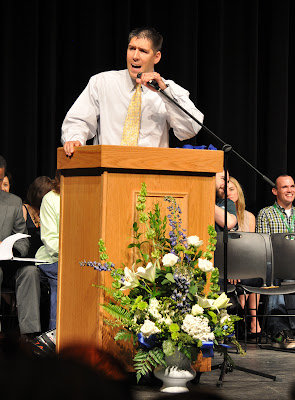 What do you know--Ryan's name was among them!  He stood up uncertainly and slowly made his way to the stage.  He looked pretty befuddled as he climbed up the risers... 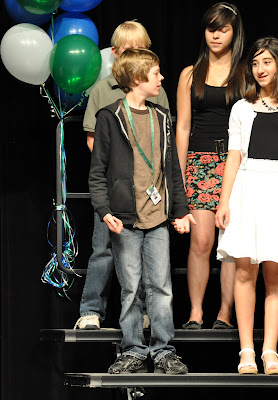 but it wasn't long before he was flashing an award winning smile. 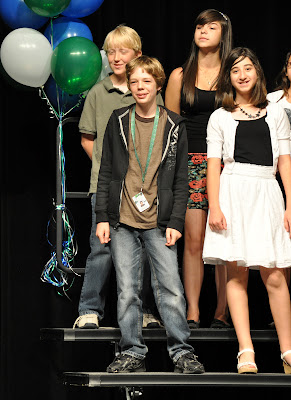 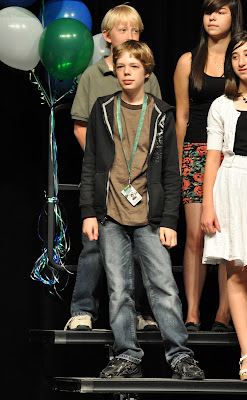 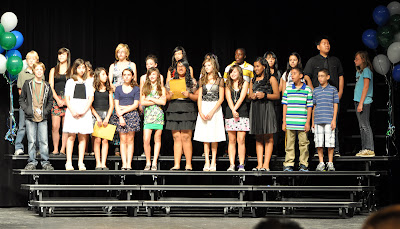 There was one student in this community with a 4.0.  She was called to the stage last, and all the other kids gave her a nice round of applause. 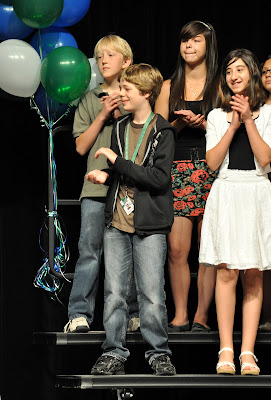 Ryan says that in addition to being smart, Hannah is nice and funny.  He was genuinely pleased and impressed with her academic accomplishments. 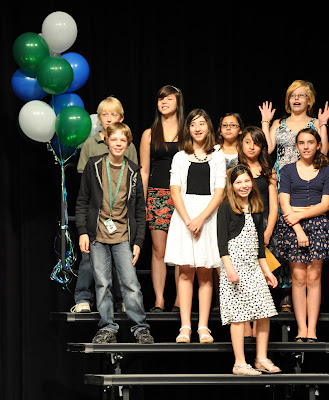 After their moment in the spotlight, the Community 3B bunch left the stage.  Ryan returned to the non-winning side of the auditorium, and I was immensely pleased that I had stayed for the entire ceremony! 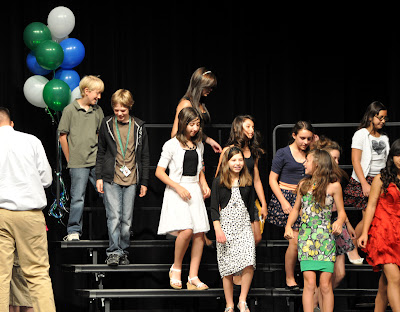