I have a lot pictures of Wonder Cave. There are two reasons for this. The first is that I love Wonder Cave. It's one of my very favorite places, and the second is that I was lucky enough to go there a lot in the mid 1990's. These pictures were taken on one of my first trips. I'm not sure of the exact date but it was definitely before June 1994 because I did not have Abbie yet.

This A-frame building is Wonder Cave Headquarters. If you were a tourist hoping to go on a tour of the cave, this is where you would sign up. 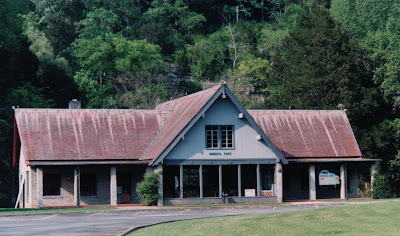 This small building was built onto the entrance of the cave. The lanterns were all stored in here. 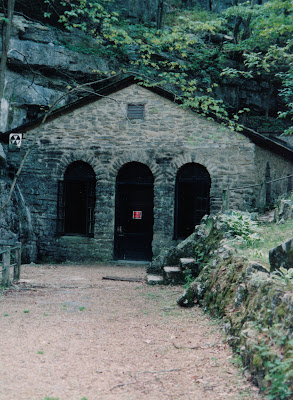 The Wonder Cave grounds had a lot of religious statues. 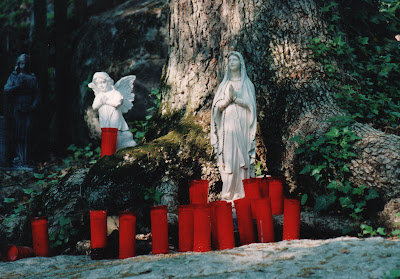 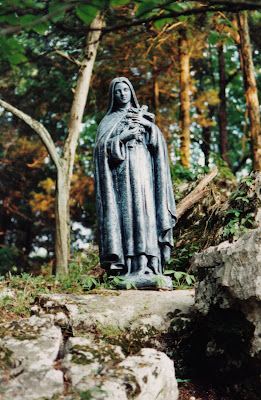 Not surprisingly, the pack of cave dogs was one of my favorite things about Wonder Cave. This picture is of Tigger who would go on every single cave tour. He knew his way around the cave as well as any tour guide and would indicate all the notable formations by lying down in front of them. 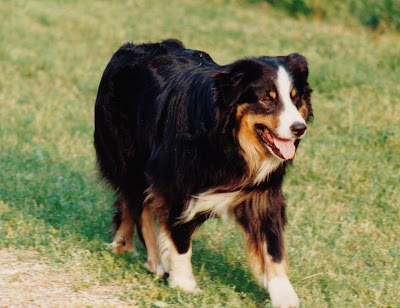 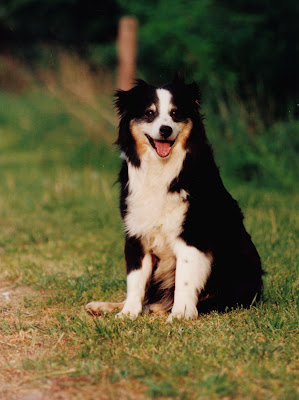 And this is Mitzi who was smart but kind of crazy. 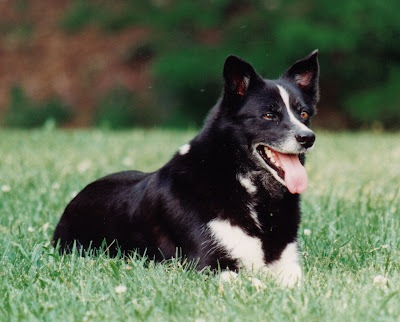 Bear was the big boss dog. 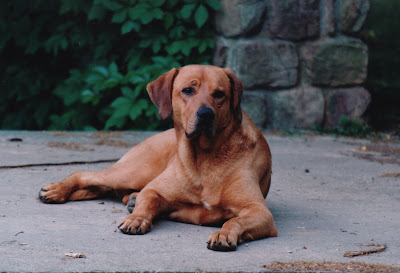 There were other dogs, too--Red, Snuffy and Baby Baby. I'm sure they'll turn up in pictures from other Cave visits.
Posted by Braymere at 5:42 PM