Today was the Highline Community School 2008 Winter Awards Ceremony. This was the first time ever that the entire school was in attendance and boy was it crowded! The gym was an absolute sea of children. 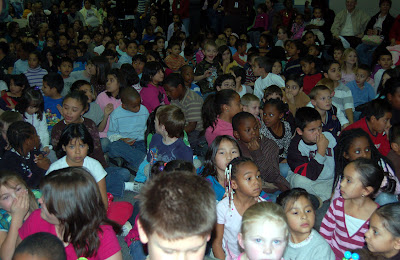 The kids were just getting seated when I arrived and I was able to take this picture of James and Ryan's good friend Abenezer. The kids with perfect attendance wore green buttons and were seated separately from their classmates. 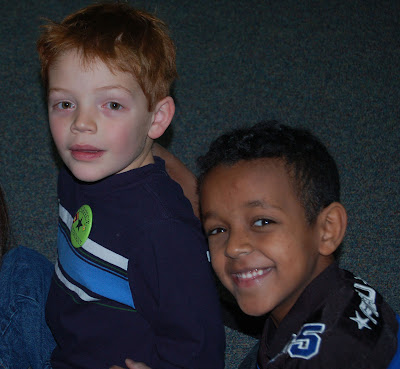 All the awards had new names this year. Ryan won the Excellent Effort award. 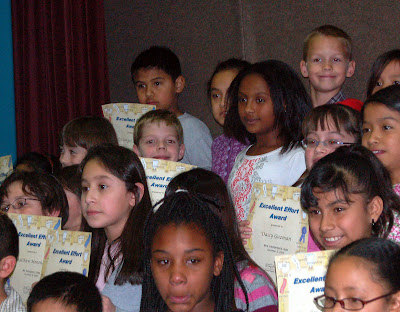 There were so many kids on the stage, it was hard to get close enough for a picture. 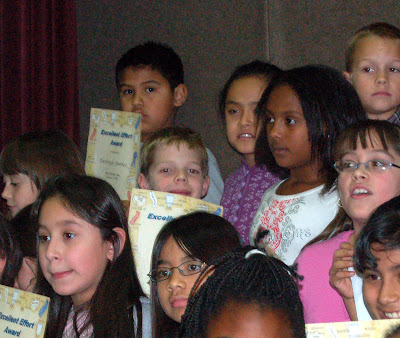 School James does it again! 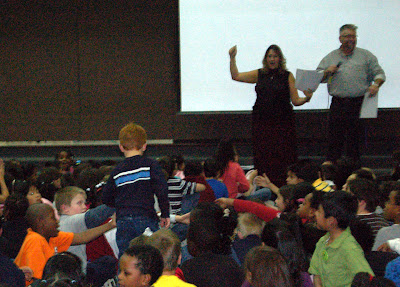 "Exceptional Attitude" is the new name of the Best Behavior award. James has now won it two years in a row! 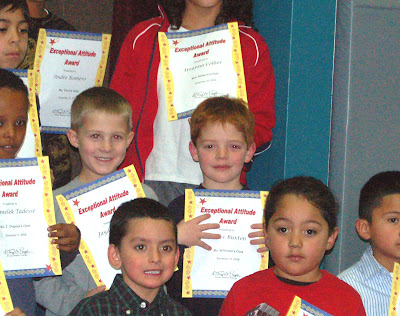