In 1995, Abbie and I spent the Fourth of July holiday at our friend Julia's house in Pelham, TN. One of Julia's sisters was also visiting that week. There was a fun dog show in nearby Sewanee that day, and Julia sent Chris, Abbie and I there to represent Wonder Cave.

I entered Abbie in two classes. The first was the best trick class. 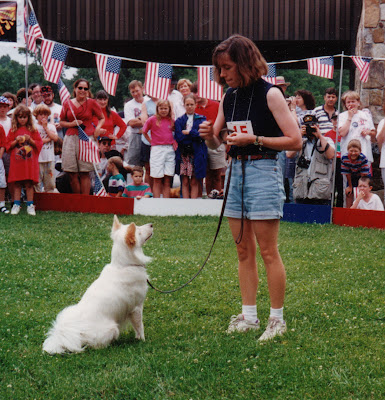 Abbie wowed the audience with her amazing ability to shake hands, 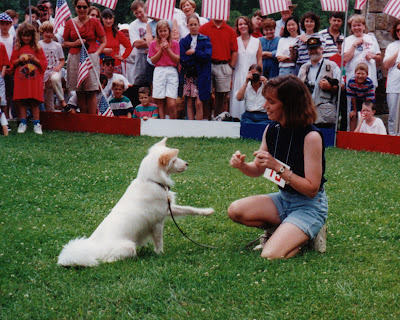 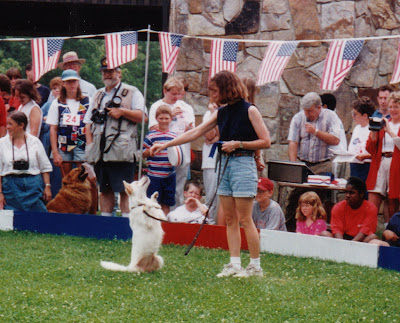 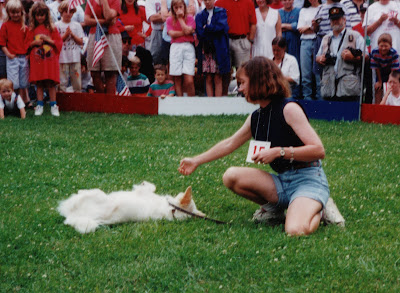 She was clearly the best dog there. 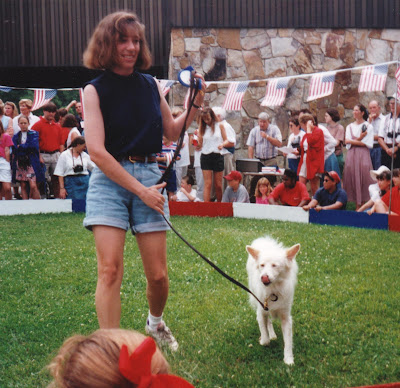 The judges all agreed. 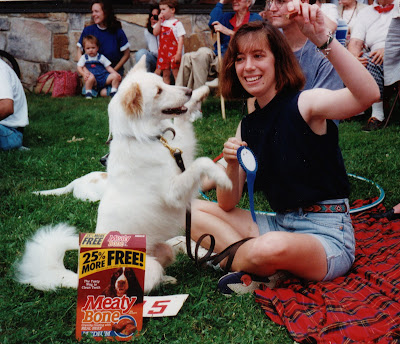 We look like an advertisement for Meaty Bone dog biscuits! 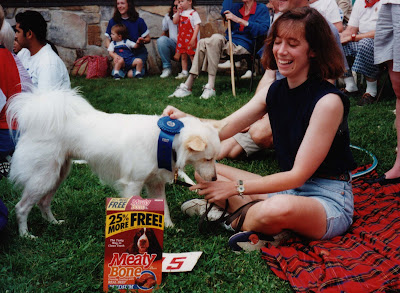 I can't remember the name of Abbie's second class. All the dogs went in the ring at the same time. 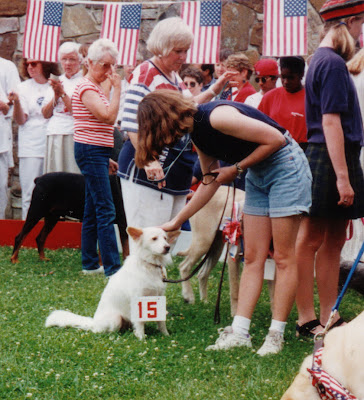 Abbie did not like that and had to duck out early. 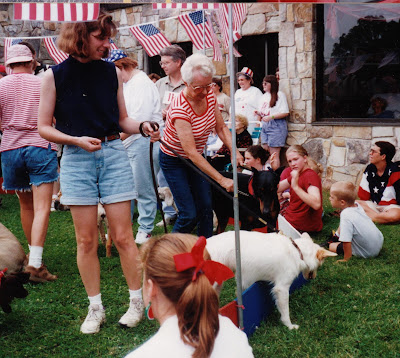 Oh well, she was still the best dog in the show. 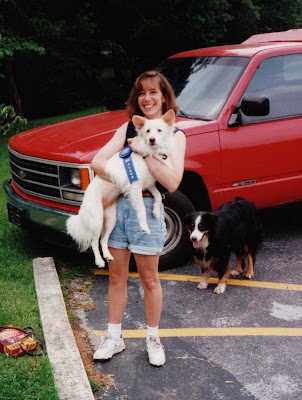 Julia was there to greet us upon our triumphant return to Wonder Cave. 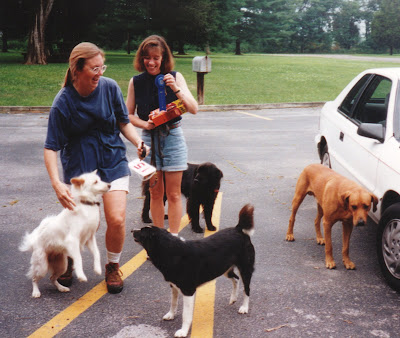 Hugs and kisses for the Wonder Dog of Wonder Cave! 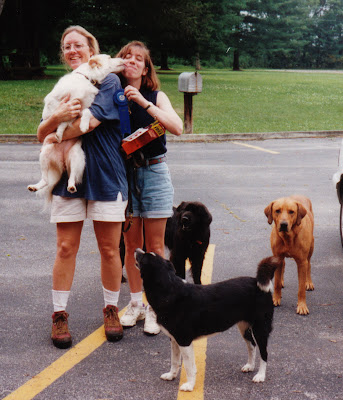