My kids on horses

These were all taken a couple weeks ago during "Halloween With Horses" at the Colorado Horse Park in Parker, CO.

Everyone is so safety conscious now. Before the kids could get on and be led around the ring, I had to sign release forms and they were fitted with helmets. 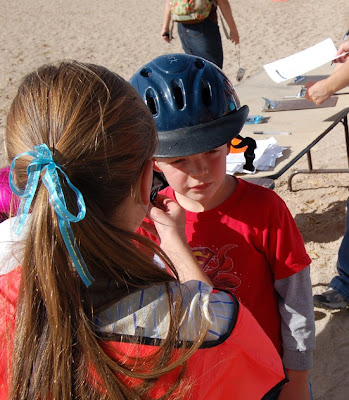 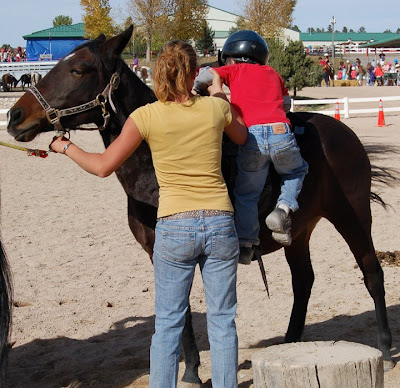 And off he goes. 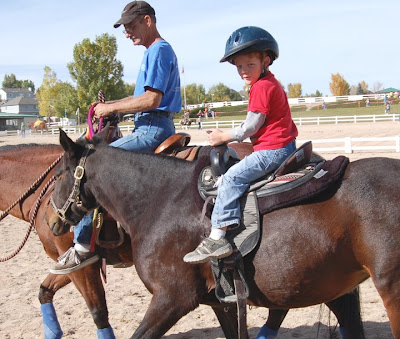 If Ryan looks worried, there's a reason. Right before we went to the horse rides, we watched a mounted drill team performing various routines in another arena. There were fifty horses galloping around and one turned too quickly and fell on his rider. I did not think it was a big deal (the rider was able to walk out of the ring) but apparently it traumatized Ryan. He told me that he spent his entire ride hoping his horse would not fall on him. 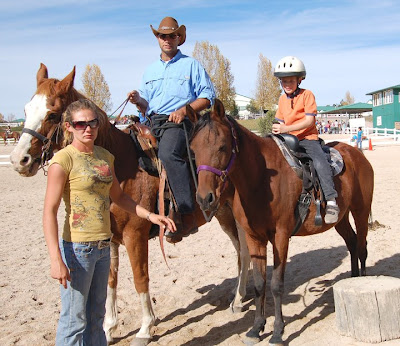 This little Appaloosa was super cute. I was hoping one of my kids would get to ride her, but no such luck. I took her picture anyway! 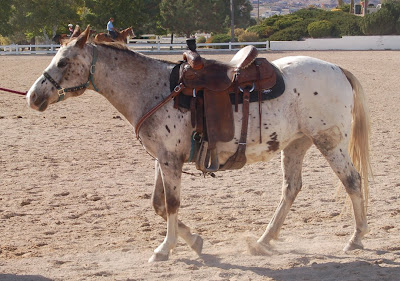