Erin and Franco came to visit us in October 2006. James was going through a stage where he was very interested in cooking, but since he was not able to read, he did not like written recipes. He much preferred "brain recipes"--you know the kind you make up as you go along.

On the last day of their visit, Erin, Franco and I were all sitting in the living room exhausted from the day's activities. James found this to be extremely boring so he announced he was going to make some cookies. He got up and went to the kitchen. There were clanking sounds. Erin and I ignored him, but Franco got sucked in. 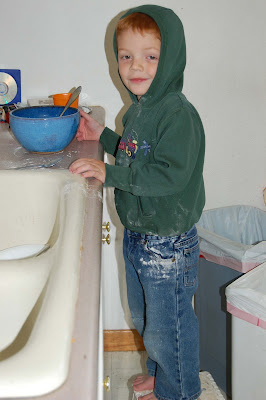 James used a variety of ingredients in his Brain Cookies--the most notable being Erin's fiber supplement. There was also unsweetened cocoa and a variety of spices. Eventually James decided the dough was ready and I helped him put his cookies in the oven.

When they came out, James was the only person brave enough to try one... 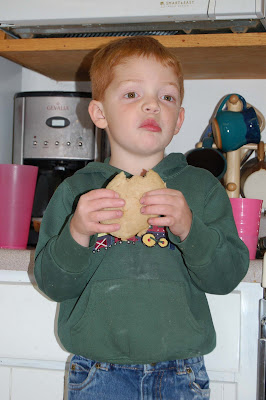 I think the exact comment was "This tastes weird." 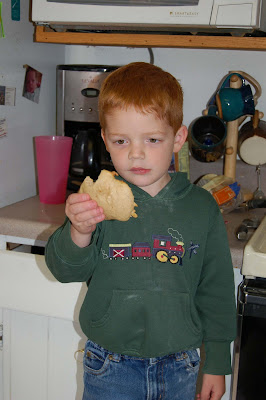 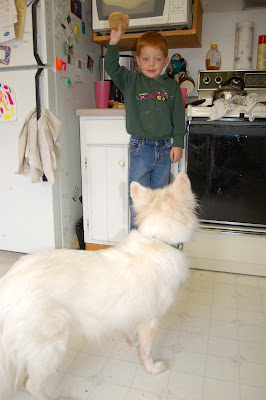 I'm sure you will all be pleased to know that James can read now, and has changed his mind about written recipes. They are fine by him--although he's not adverse to adding a few extra ingredients when his brain tells him to!
Posted by Braymere at 11:08 AM