One of the best things about Memere and Grandpa's house is its proximity to Eaton Canyon. 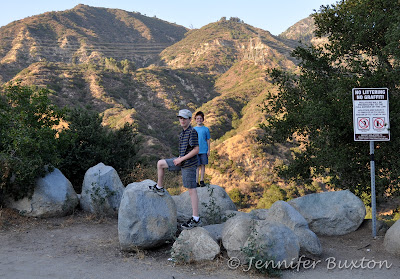 Although afternoon temperatures were in triple digits, the boys insisted on going for a hike shortly after our arrival. 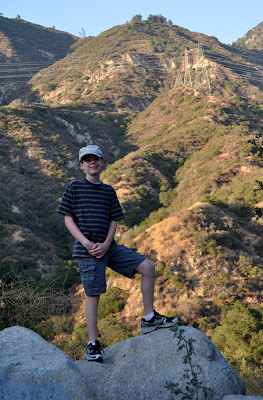 We paused at the canyon entrance to take a few pictures and admire the view. 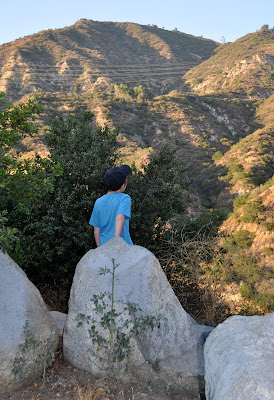 Then it was a race to the bottom! 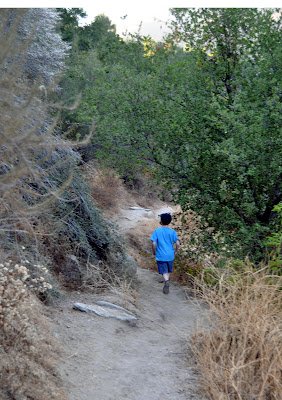 One of Ryan's favorite (?) memories of Eaton Canyon involves deliberately touching a cactus right after I had told him not to.  Naturally, he had to reenact that. 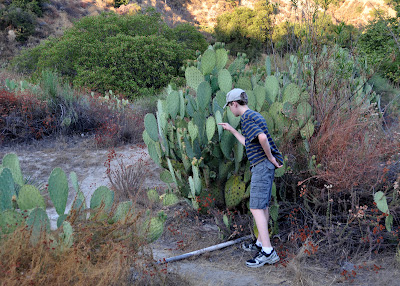 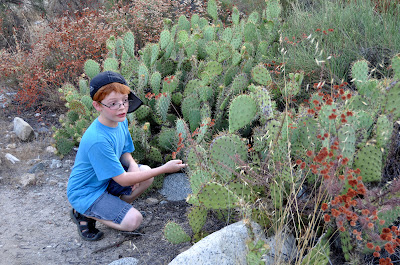 As we walked along the trail, we found a few nice climbing trees. 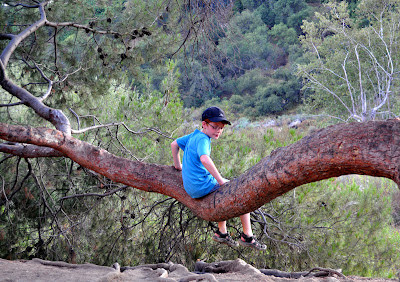 Can we have one like this in our front yard? 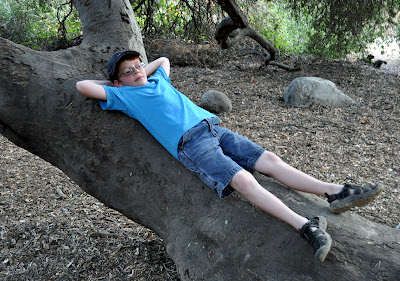 We found some lizards, too. 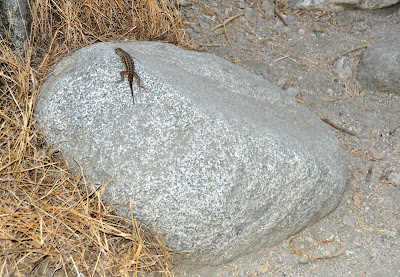 James tried his best, but he was unable to catch one. 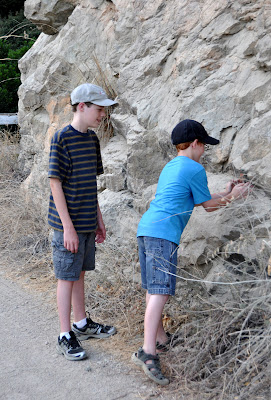 The boys really wanted to hike to the Falls, but it was too hot. 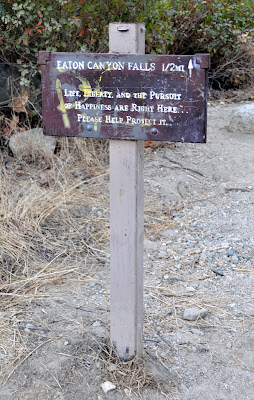 They also expressed interest in walking to Henninger Flats but of course, it was much, much too hot for that. 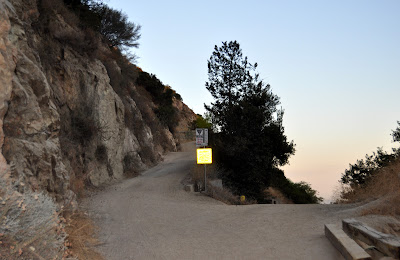 Instead, they had to settle for the bridge. 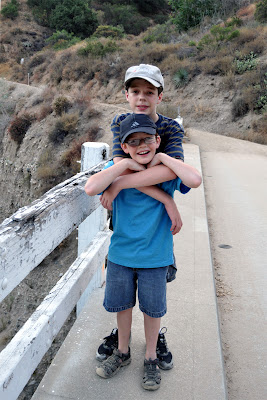 We had a nice time on our hot little afternoon hike... 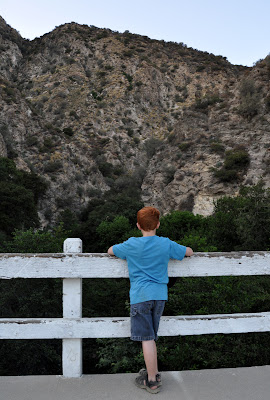 but we all knew the best was yet to come! 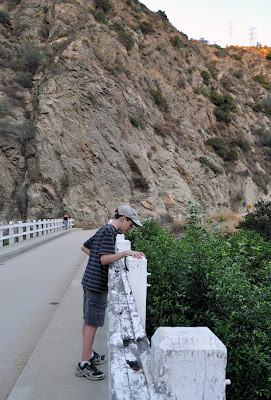