I was taking a bath this morning when I heard a familiar thumprustlerustle sound coming from the kitchen.  Normally, I would have got out of the tub to deal with it, but I figured there were three other people in this house that were equally capable. 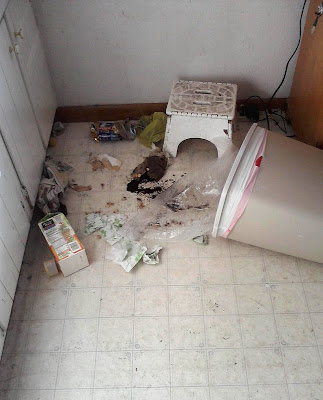 Sure enough, a couple minutes later I heard Seth walk into the kitchen and exclaim, "You should see your dog's done to herself."  Fortunately, he took a picture so I could. 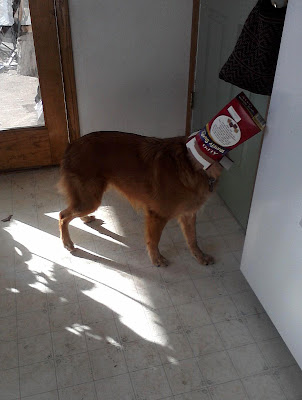 He posted all three of these pictures on Facebook with the following caption:  I did not put the box on her head. I did remove the box from her head after allowing her to reflect on the situation for an appropriate number of days. 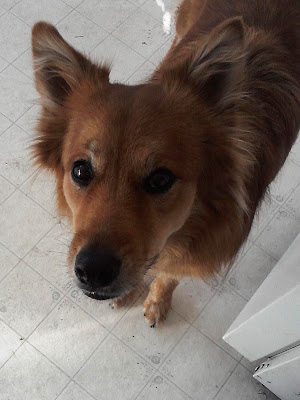 The whole family is nuts!