Seth signed the kids up for golf camp.
Ryan was not amused.
He said, "I don't want to go to golf camp."  Then he said, " I hate golf.  If you make me go to golf camp, I will make your life miserable."  For the next two days he grumbled and crabbed and did just that.
It didn't work.  We still made him go to golf camp. 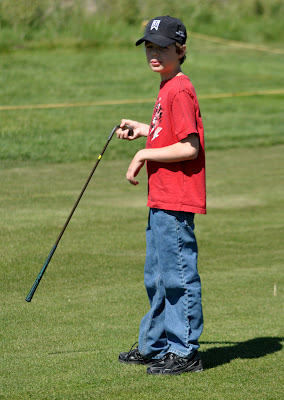 And guess what?  He liked it.  He really liked it! 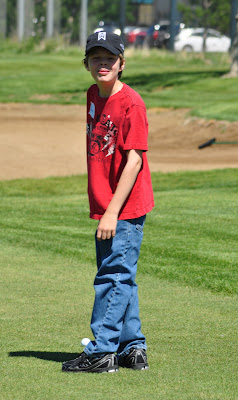 Yesterday was the last day of golf camp and the campers got to play at round of golf at Center Hills Golf Course in Aurora.  Ryan and James were part of a foursome that also included Zach and R'ron. 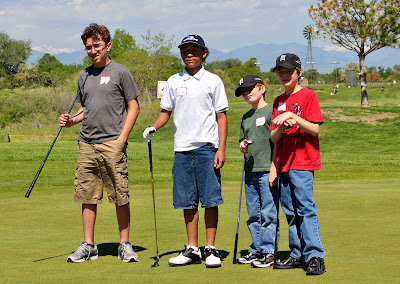 Gary escorted them around the course... 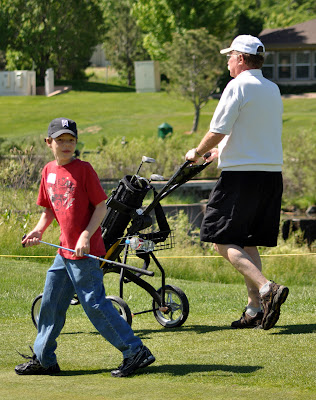 and gave them some pointers. 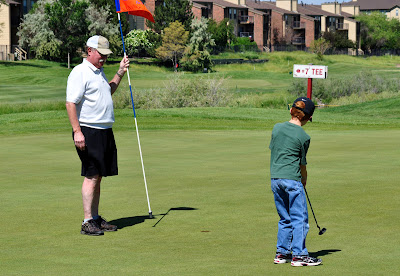 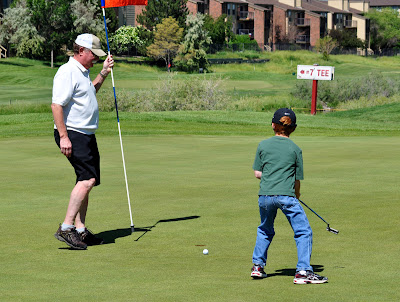 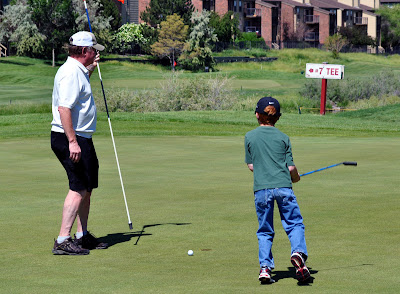 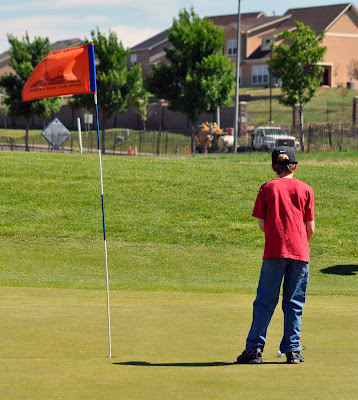 but he prefers driving! 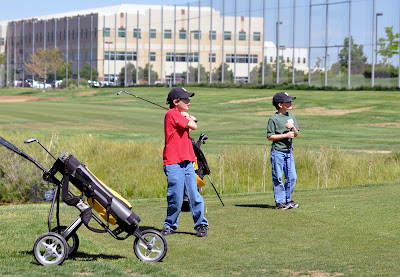 An action shot--you can see the ball in the upper left hand corner. 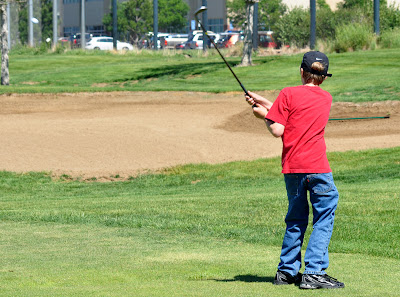 The Center Hills Golf Course is fairly rustic with some unusual hazards... 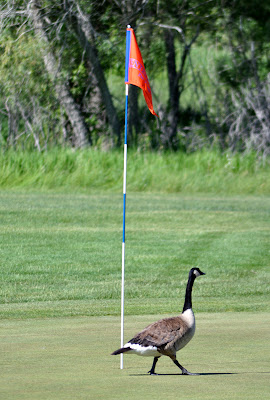 but it's the perfect place for young golfers to hone their skills. 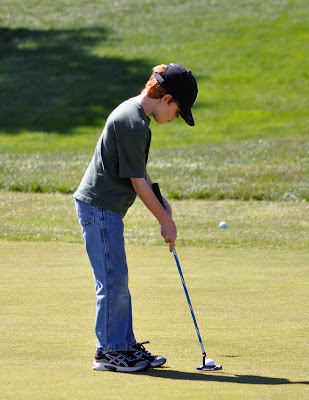 Both boys are eager to return to golf camp next summer, and with form like this, that's probably a good thing! 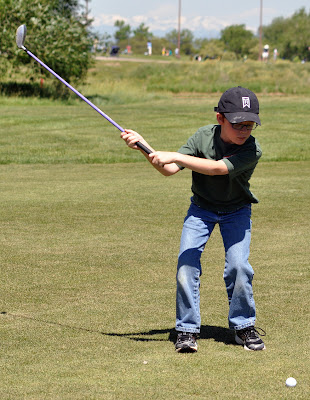 Good for Ryan. Maybe now he'll know that father knows best. Glad they both had fun.