Today was Ryan's last day as a student at Highline Community School.   It's been nearly six years since I dropped him for his first day of kindergarten.  I was dry eyed back then, but not so much today!
Rather than hold a "graduation" the school had a "continuation ceremony" for the exiting fifth grade class.  Ryan was one of the first students to walk in... 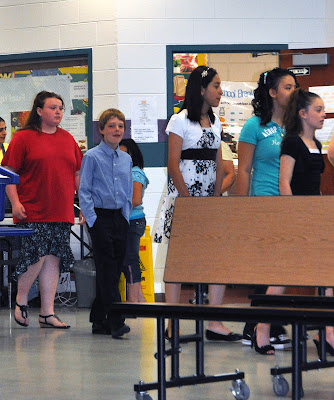 which meant he was seated behind a wall of taller children.  Oh well! 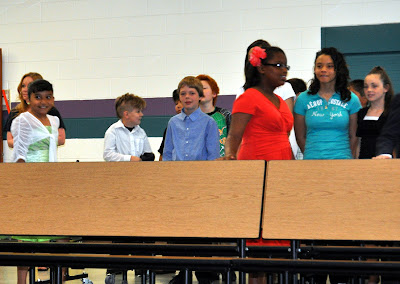 Each child was called up individually... 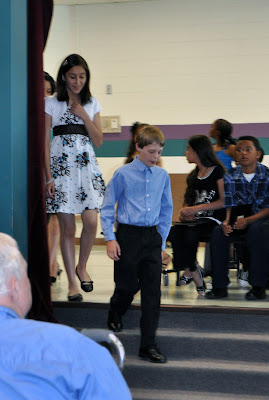 to receive his or her "diploma". 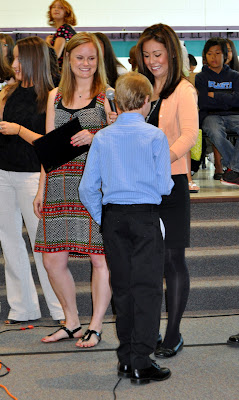 They received hugs and handshakes from the fifth grade teaching team before returning to their seats. 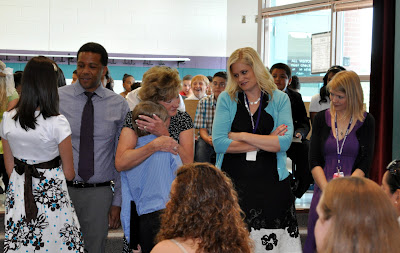 After the ceremony, everyone headed back to the classroom for punch and cookies.  Ryan showed off his diploma... 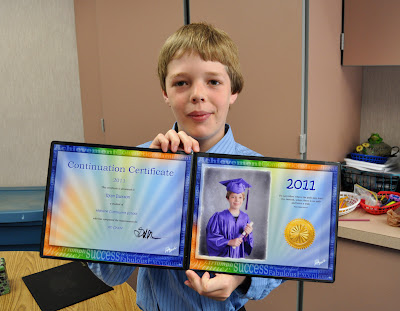 and posed for pictures with his friends.  This is Jayson... 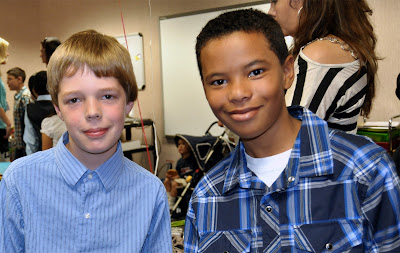 and this is Matthew. 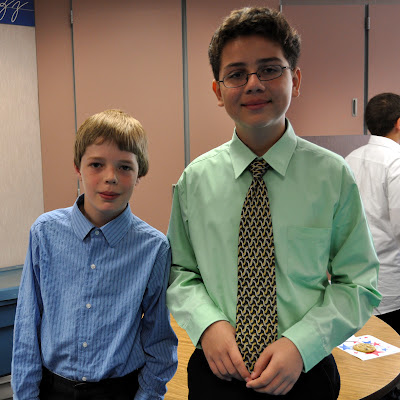 He also took some time to say goodbye to some of his favorite teachers.  These included his science teacher Mr Hinton, 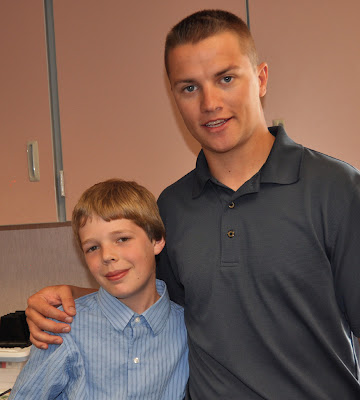 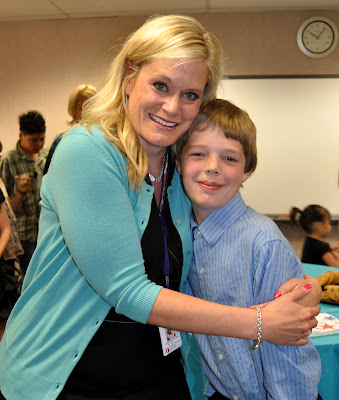 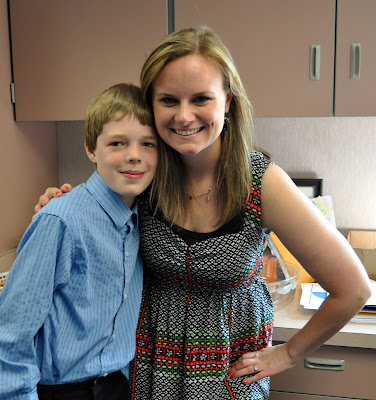 and his Gifted and Talented teacher Ms Velasquez. 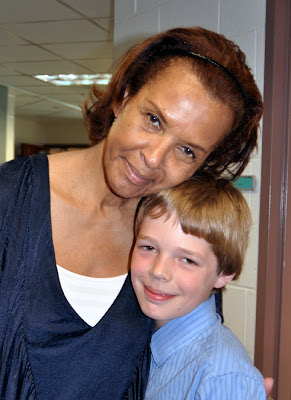 Goodbye Highline and thanks for the memories!
June 2011
Posted by Braymere at 11:21 AM

Memere is crying too. How did it happen so soon?

He looks quite spiffy all dressed up!