Carol and I took the boys camping last week. 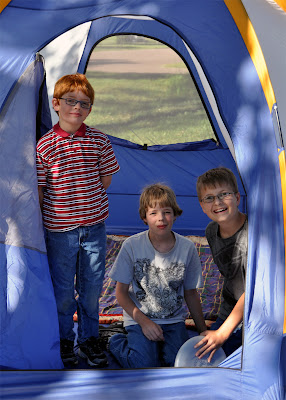 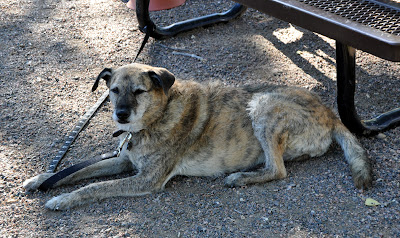 and Darcy came, too. 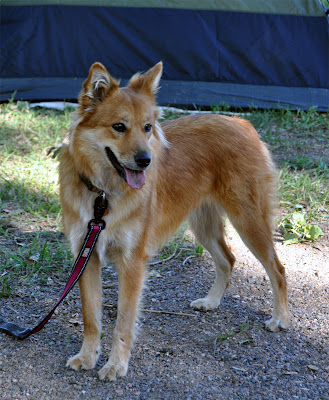 Seth didn't spend the night with us, but he did help set up the tents.  He also played a few rounds of horseshoes with the boys... 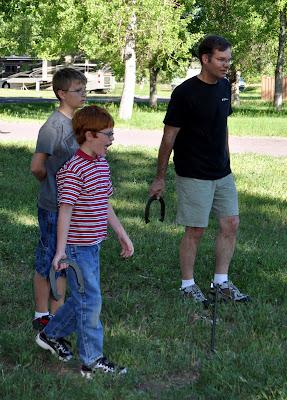 and helped build the fire. 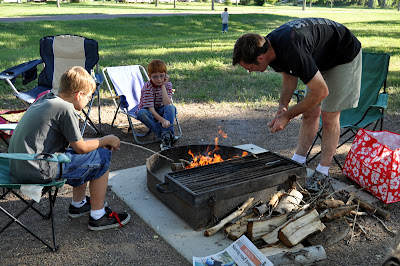 As soon as the fire was really rolling... 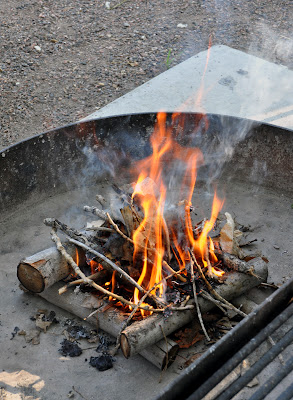 he gave me a goodbye hug and made his escape. 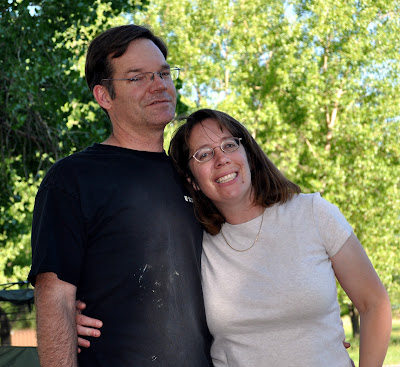 That was fine--Carol and I had everything under control. 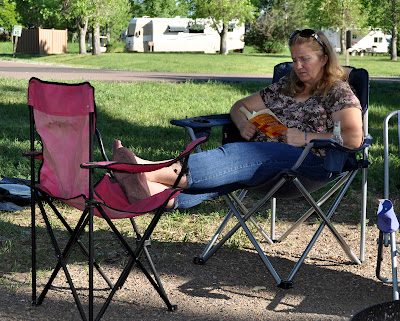 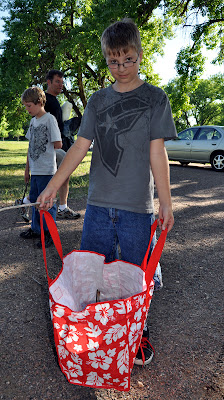 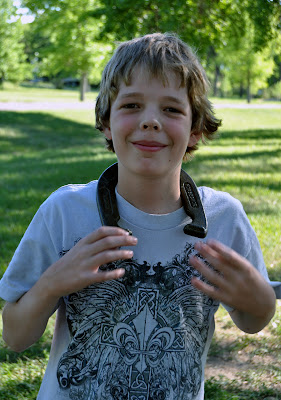 and played with the dogs. 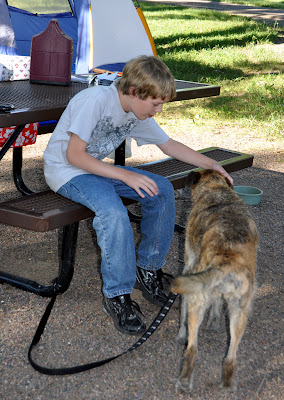 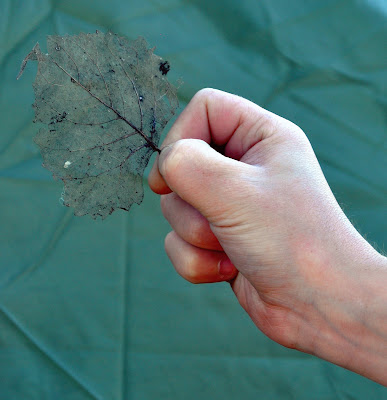 Dinner was hot dogs cooked over the fire. 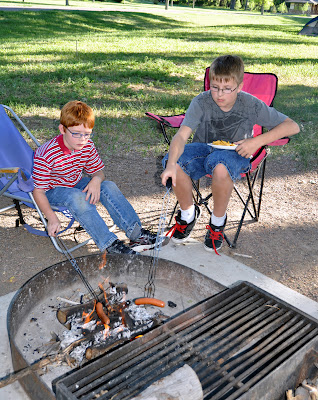 Dessert was s'mores, of course! 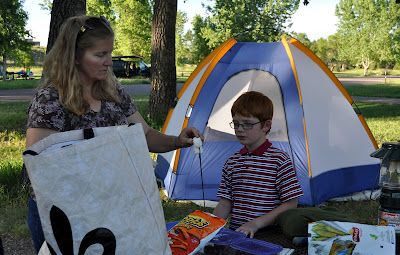 The fire is the best part of camping, and we kept ours burning for hours. 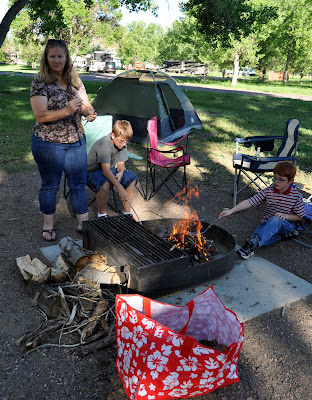 One big happy family gathered around the fire. 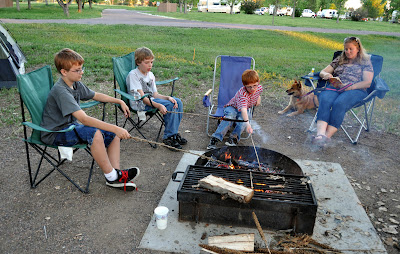 Just don't let Carol catch you cooking the cherries over the fire--that makes her mad! 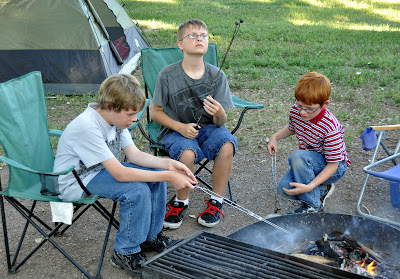 Things started to wind down as the sun set... 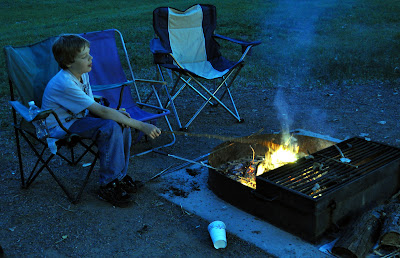 but then Kristin joined us and the party started all over again! 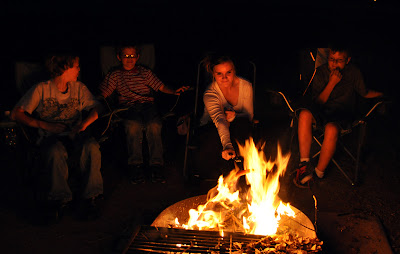 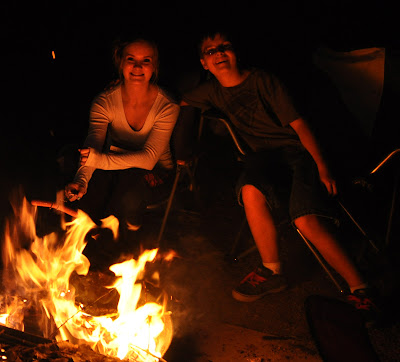 Everyone woke up bright and early the next morning and shared a healthy breakfast composed mostly of roasted marshmallows and s'mores. 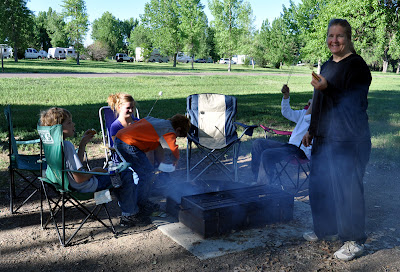 After that, Carol and I packed up the tents while Kristin and the boys put out the fire.  Our first camping trip of 2011 was a big success--can't wait to do it again! 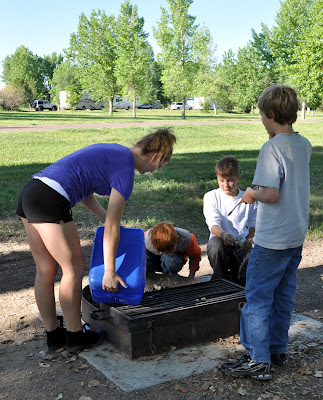 I want some s'mores!

I now have proof I have taken my kids camping! Thanks for letting us join you!

Carol, you now have proof that you have taken TWO of your kids camping...