Day three of our Texas roadtrip was spent mostly in Dallas. 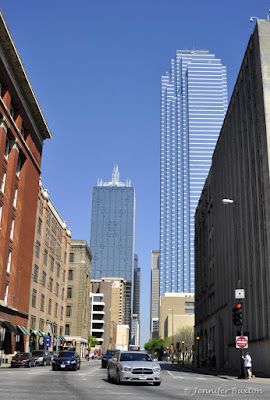 Our first stop was the Sixth Floor Museum at Dealey Plaza. 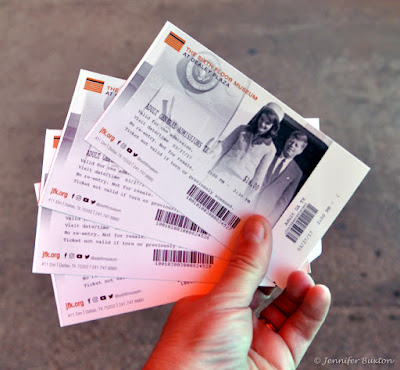 This museum is located in the building where Lee Harvey Oswald fired the shots that killed President Kennedy in 1963. 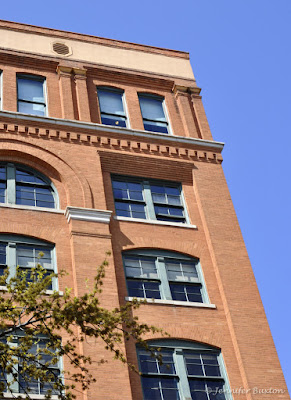 Photography isn't allowed in the museum itself, so mostly I just took pictures of the gift shop... 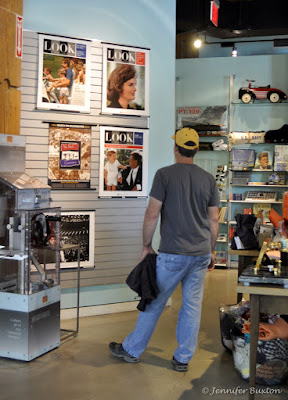 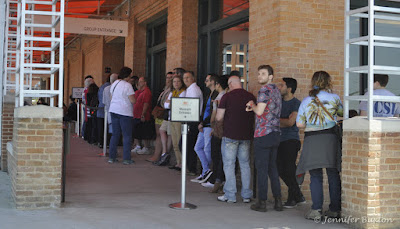 JFK is big business in Dallas. It's been fifty plus years since his assassination, but the museum is still packed and visitors should expect long waits to get in. 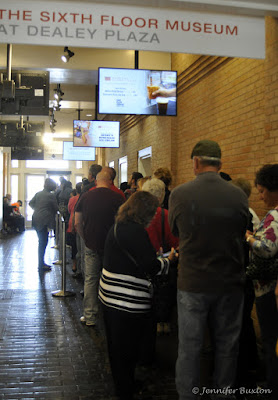 After the tour, we walked around Dealey Plaza itself. 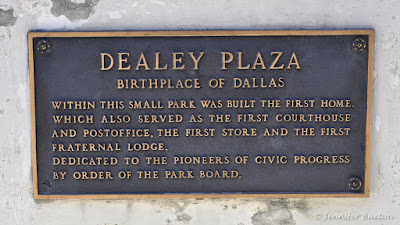 There are X's on the street marking the location JFK's car during the fatal attack... 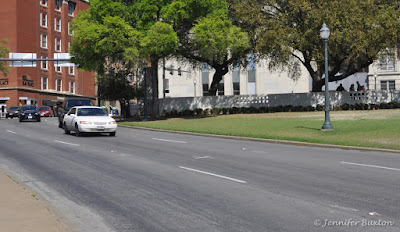 and the sidewalks are filled with conspiracy theorists. 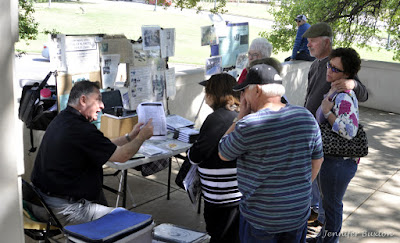 This plaque is located near the grass knoll. 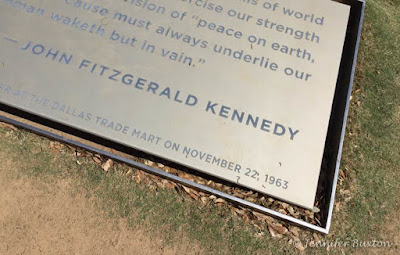 Everything is bigger in Texas, except, perhaps, the grassy knoll. It's much smaller and less impressive than any of us had expected. 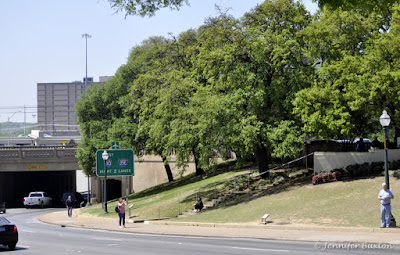 Dad and I went there.