I was mean and made the kids go to Olvera Street. 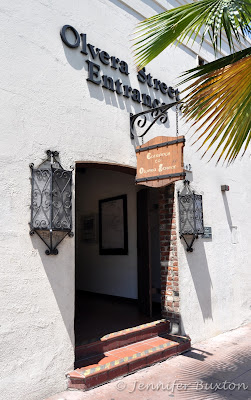 They showed their displeasure by being difficult. 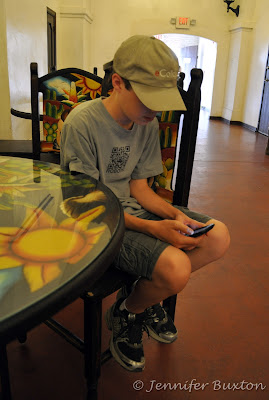 James was kind of kidding. 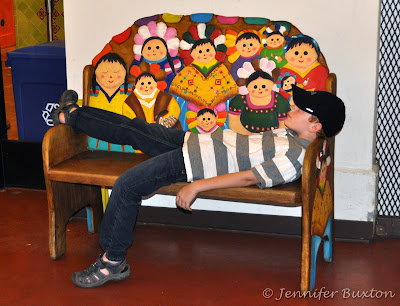 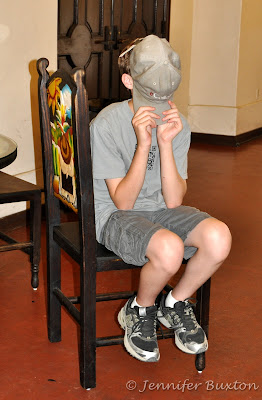 First, we toured the Avila Adobe which is the oldest house in Los Angeles, dating back to 1818. 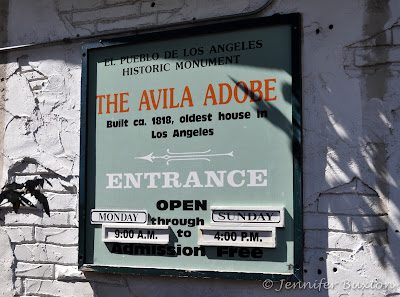 The parents' bedroom was nicer than Seth and my bedroom. 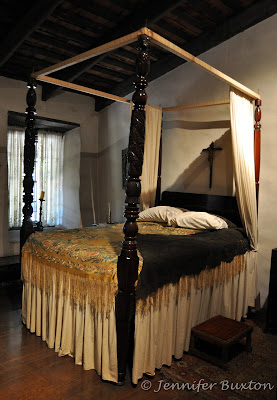 I wish we had enough room for a little sitting area! 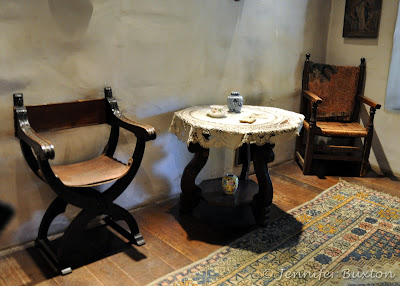 The dining room was also better than ours. 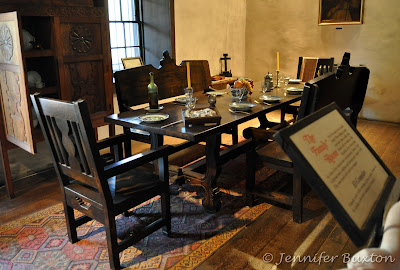 And their living room had saddles! 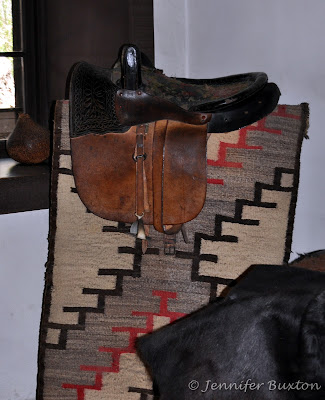 I have two saddles, too, but not this kind. 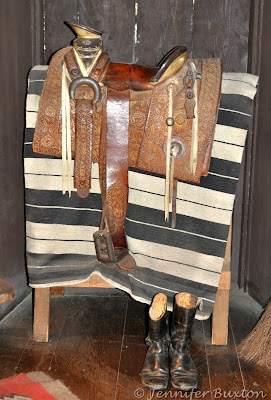 We also visited the marketplace. 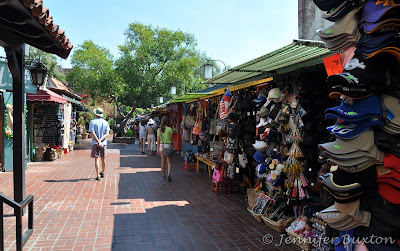 If you're ever in need of a plastic skeleton, this is the place for you! 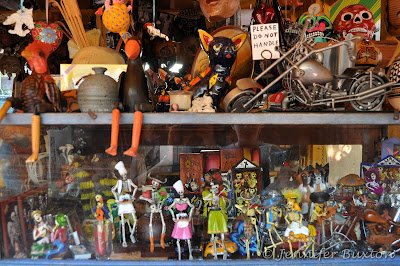 Ryan and James found lots of interesting things, but nothing they wanted badly enough to spend their own money on. 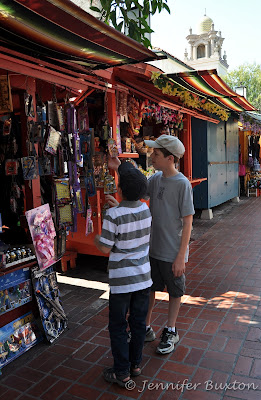 Because it was a Monday, the Fire House and the Chinese American Museum were both closed. 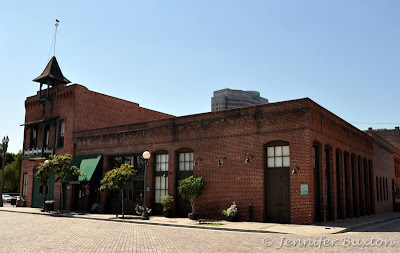 The Church was open. 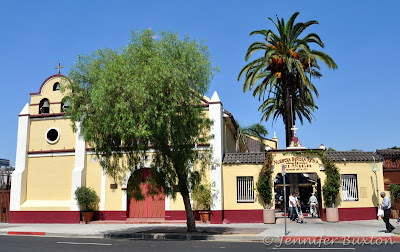 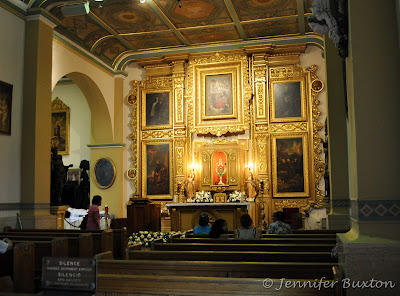 and I asked the boys to pose for a few pictures. 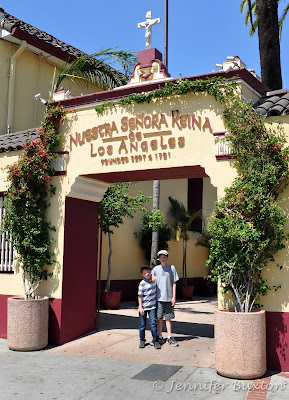 Ryan was still crabby and did not want to pose with me. 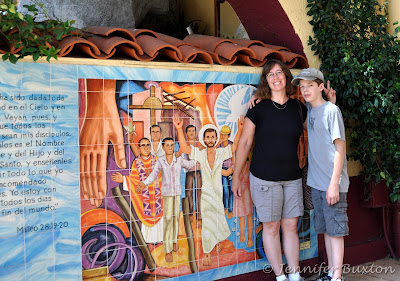 This is a crabby mama with a crabby child. 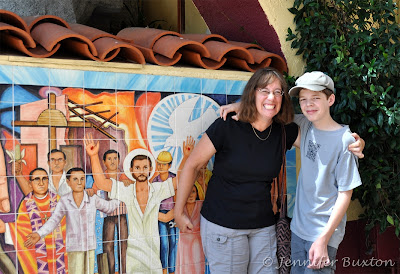