On the first full day of our California trip, the boys and I went to Hahamongna Watershed Park.  Mostly we were there to revisit my Tom Sawyer days, but I did make sure to point out NASA's Jet Propulsion Lab in the distance.  Ryan sighed and said that he wished he could go there. 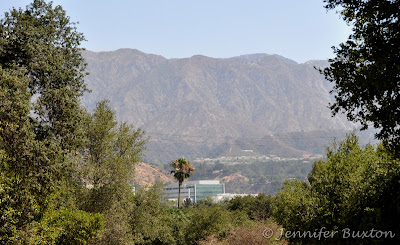 Later that day, I related the conversation to my mother.  She got a thoughtful look on her face and said that she would talk to her neighbor, Sue.  After several days of quiet negotiation, Ryan, Jame and I were officially invited to tour the JPL campus. 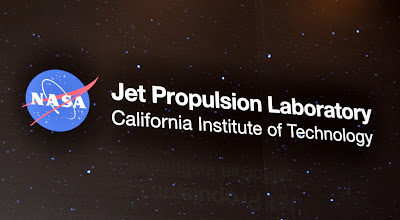 Our guide was Sue's husband, Dan. 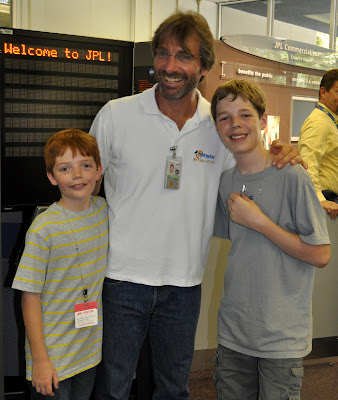 Ryan was all smiles as he clipped on his official JPL visitor pass. 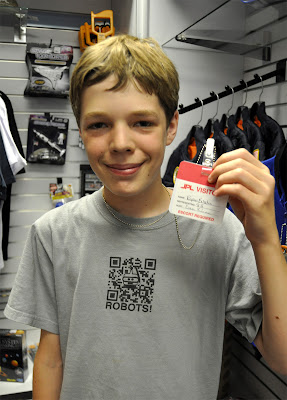 We walked all over the campus... 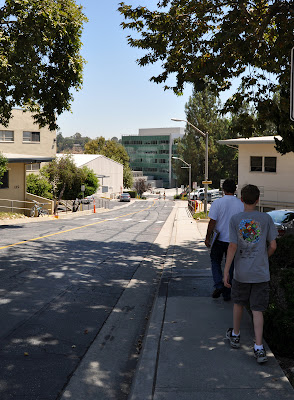 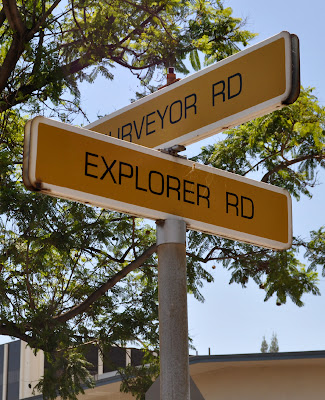 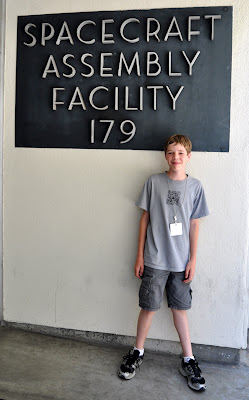 Unfortunately, nothing was actually being built the day we visited. 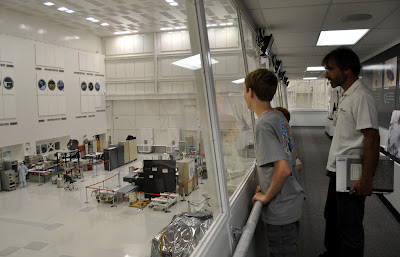 That's not even a real engineer--it's the ever watchful Hi-Bay Bob! 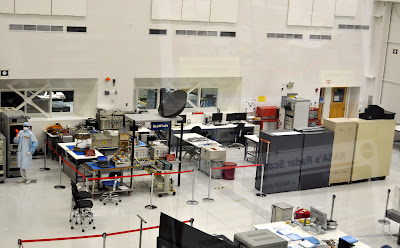 JPL's campus is very visitor friendly.  Nearly every building has its own little museum area... 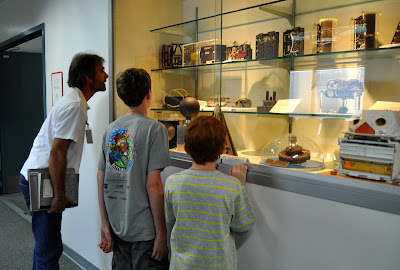 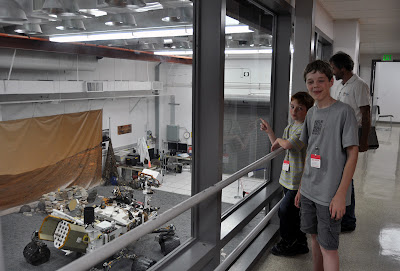 Some of the displays included touchables.  This is Ryan holding a Rover wheel. 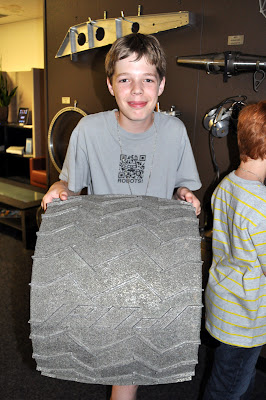 James has a piece from the Mars Curiosity Rover. 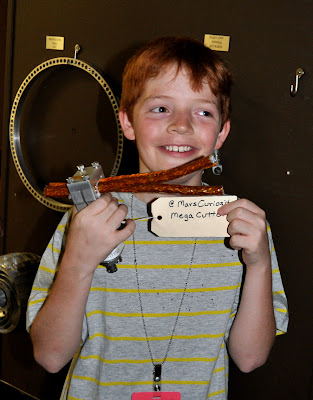 I have no idea what this is, but it looks pretty cool! 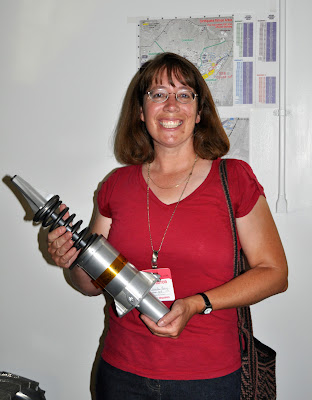 One of the boys' favorite areas was the Collaboration Room, probably because of its great selection of engineering toys... 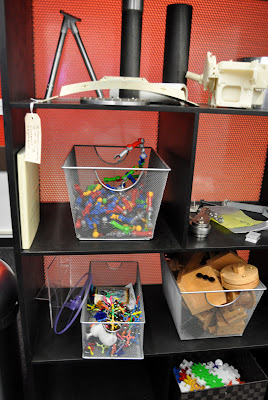 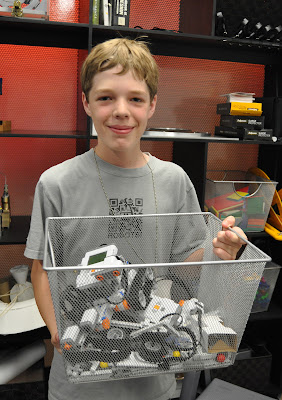 We also liked the Mars Yard. 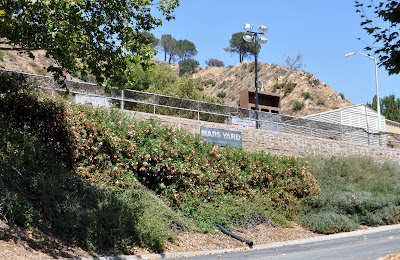 This is where the Rovers were tested before being sent off into space. 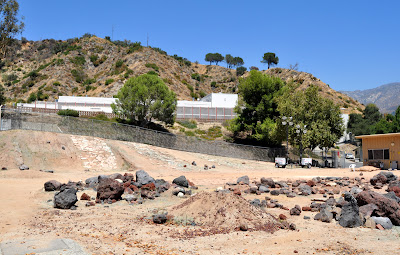 Ryan and James with a full scale model of the Curiosity Rover. 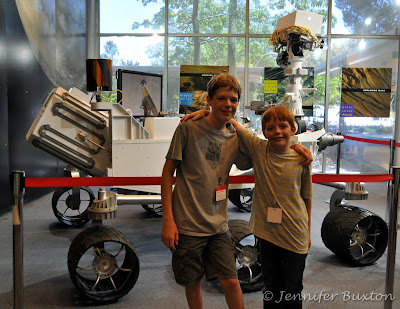 Thanks to everyone who made this tour possible.  It was definitely a day they'll never forget! 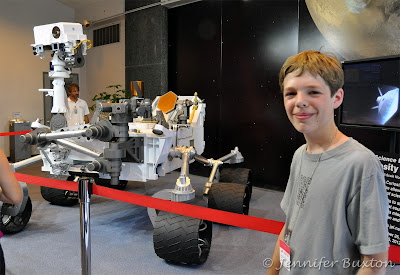