My dad is a picky eater, so we used to look forward to nights when he did not make it home in time for dinner.  On those occasions,  we'd dine on tv dinners or spaghetti with sauce that came from a can or pretty much anything with garlic in it!
Seth is not a picky eater, but it's still kind of fun to plan the occasional meal no Dada meal.  Tonight was one of those nights and we had Pick Pockets. 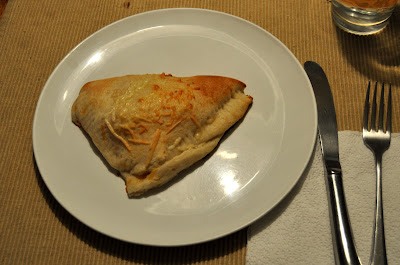 The recipe came from a kids' cookbook that was purchased for James after the "Brain Cookies" incident. 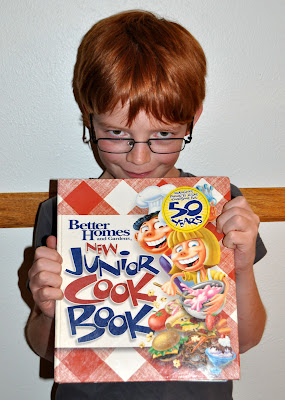 Here's how you make them: 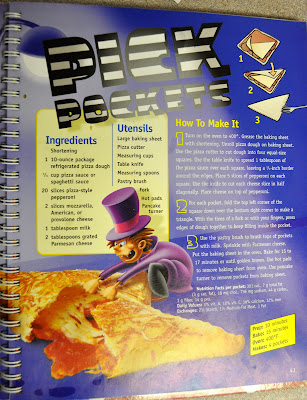 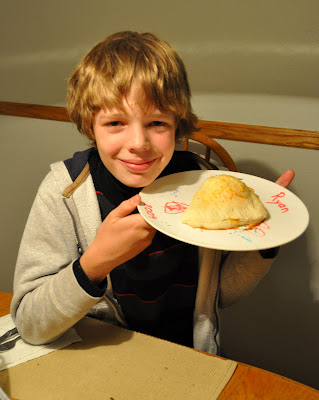