There was snow on the ground when we woke up this morning, and it's been accumulating steadily all day. The dogs were not terribly excited about going outside to use the bathroom. Unfortunately for them, I was even less excited about having them poop in the house. I am bigger so out they went.

Maggie was tentative at first... 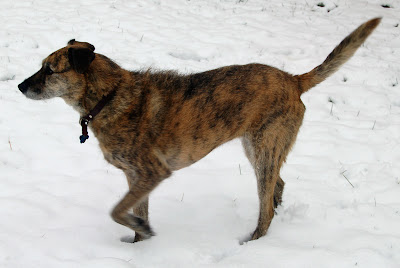 but then she decided snow is FUN! 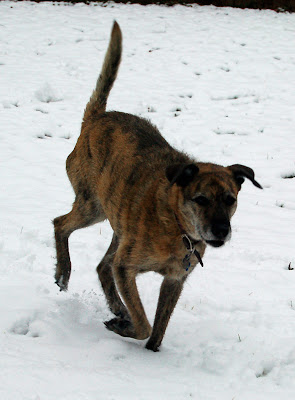 She tried to get Abbie to run around and play with her. 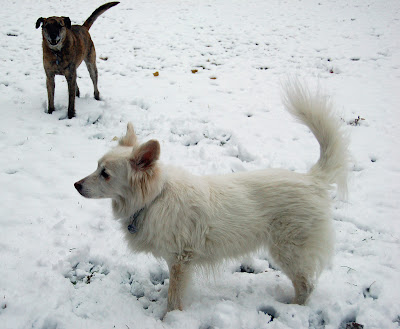 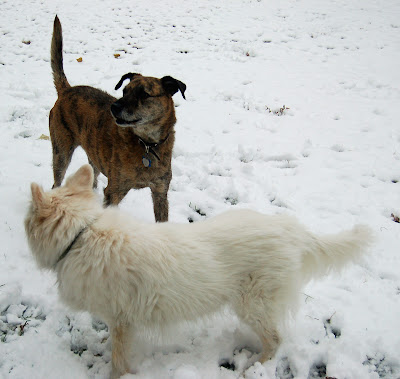 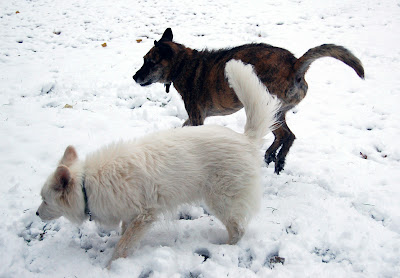 Eventually she had to give up. When did Abbie get to be so crabby? 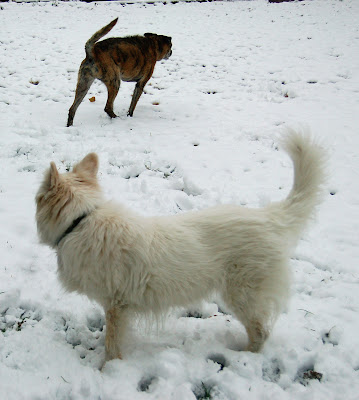 Poor Maggie. Maybe the kids will play outside with her when they get home from school. 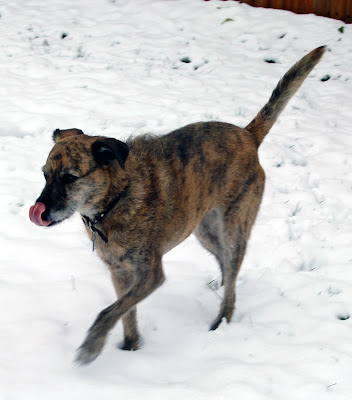 I can attest that old ladies don't play in snow. Yea Abbie.