The Night of Candy

Last night two Ninjas and a Devil Thing headed out to Overland High School for the Night of Candy. 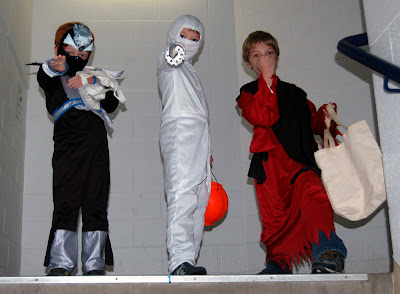 Candy wrappers on the stairs--we must be headed in the right direction. 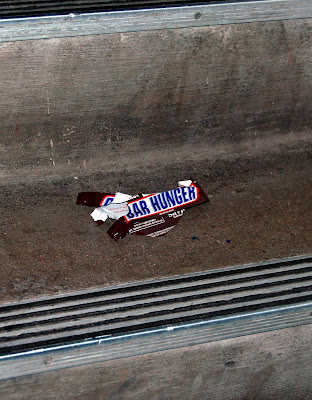 Still looking for the candy. Overland is BIG! 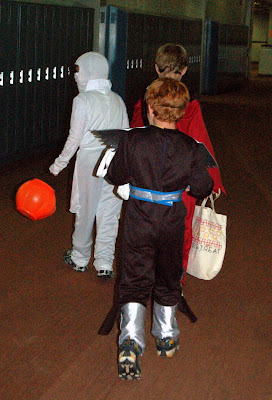 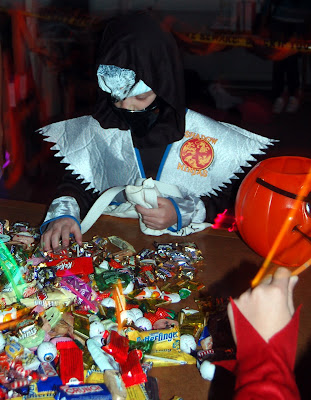 Running across the cafeteria in search of still more candy. 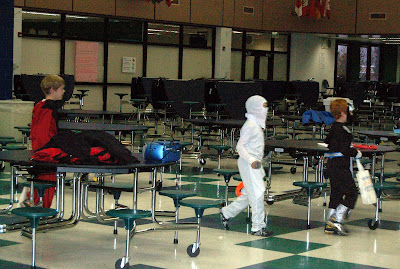 They found pumpkins instead! 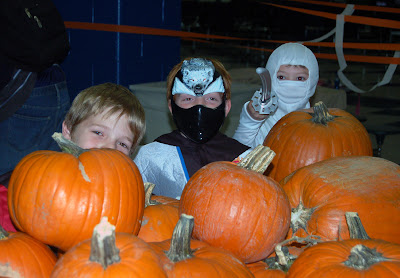 Some of the high school students made them work for their treats. This is Ryan (aka Devil Thing) playing Pin the Stem on the Pumpkin. 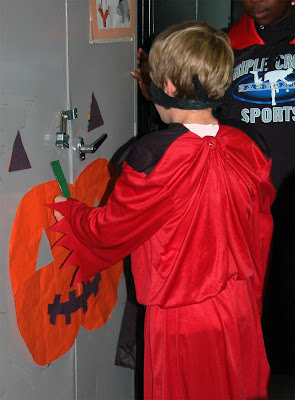 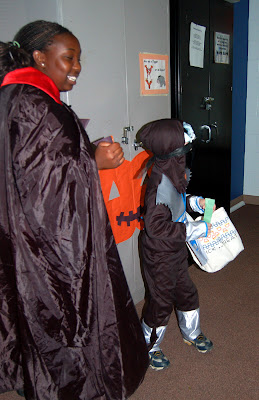 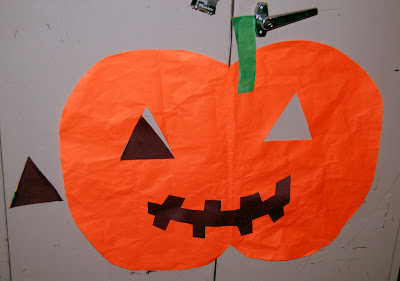 After the games were over, James got involved in an art project. 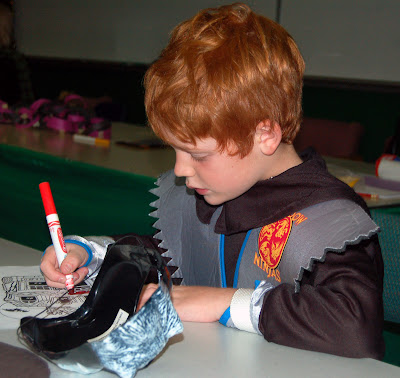 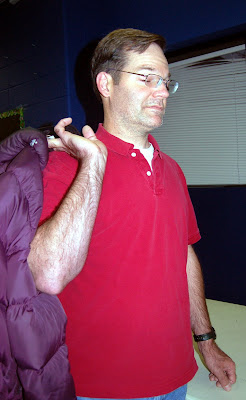 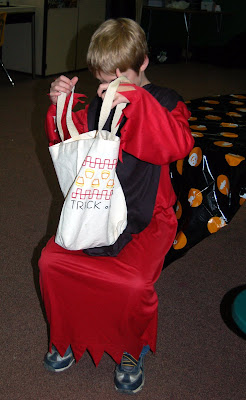 "Look at all this sugar, Dada!" 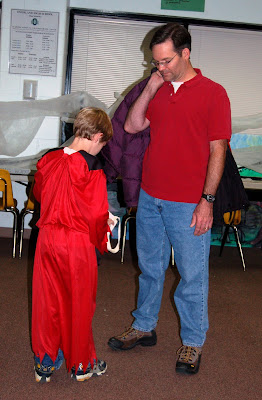 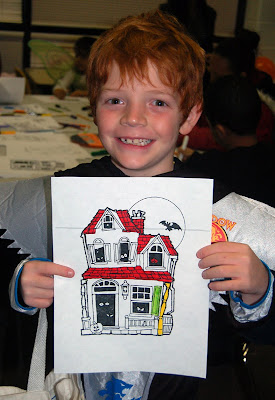 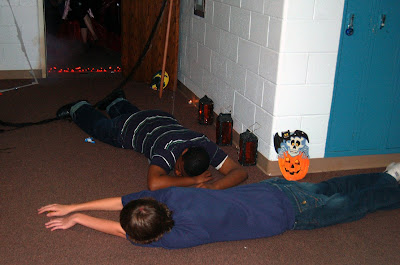 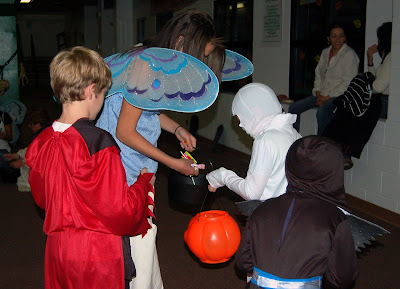 I like the way James is completely ignoring the scary tableau as he searches for more candy. James was the only one who was interested in holding the giant cockroach. 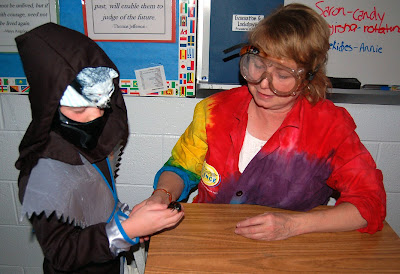 Close up of the cockroach. 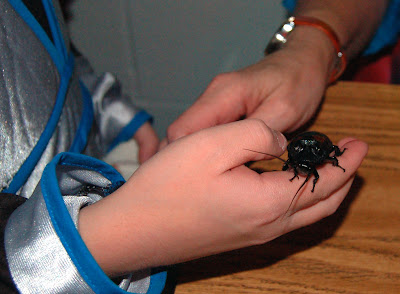 Not surprisingly, he was also the only one who stuck in hand in the jar of eyeballs. 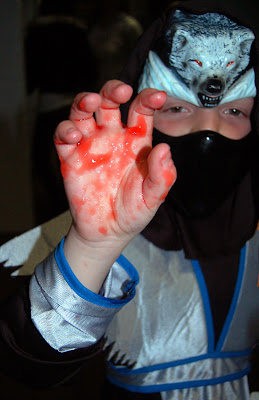 Back at home, admiring his haul. 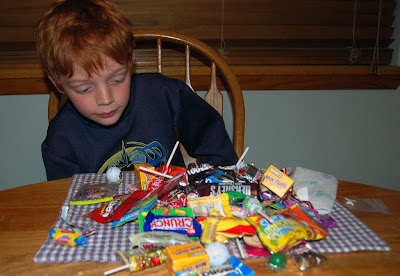 "Hey, James, I'll trade you a pack of Whoppers for that licorice." 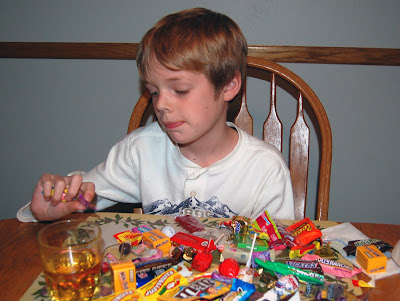 All I can say is wow! Let me know when the candy is gone so we can come visit!