On Tuesday Jason, the boys and I climbed into the purple van and headed out once again. We climbed up and over the continental divide and ended up in Florrisant, Colorado, home of the Florissant Fossil Beds National Monument. 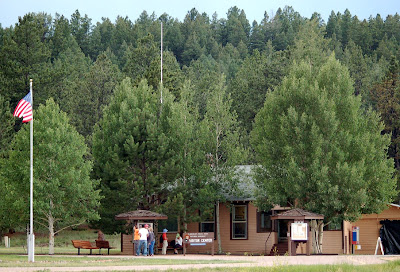 Here are the boys posing by yet another sign. Ryan says I take way too many pictures, but mostly everyone was cooperative about posing for the camera. 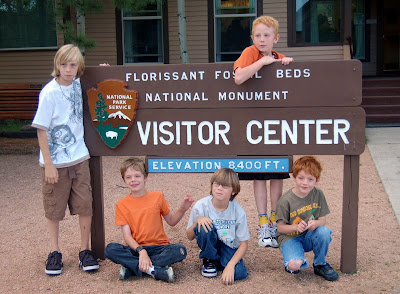 We ate lunch near the ranger station. 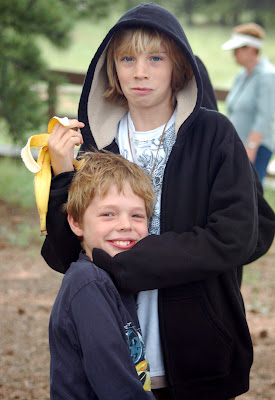 There were lots of birds and small critters about. Jonas spent a lot of time trying to get a picture of this ground squirrel. 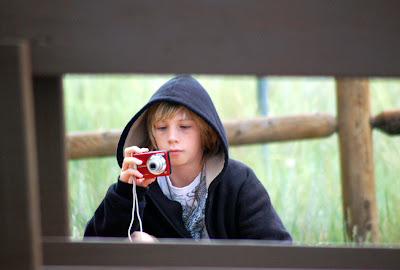 My picture of the squirrel. 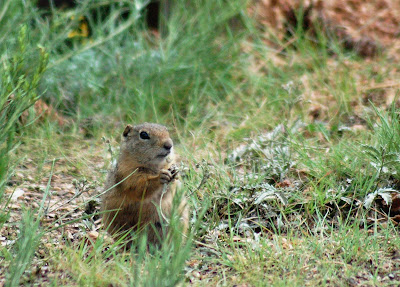 After lunch, we set out on a short hike. 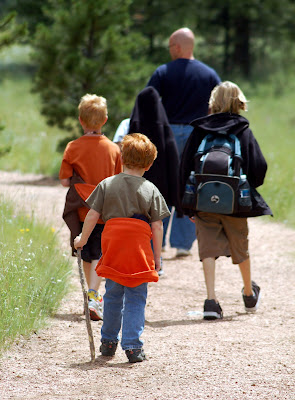 The trail led us past several petrified giant redwood stumps. 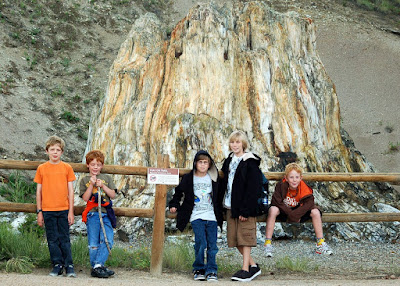 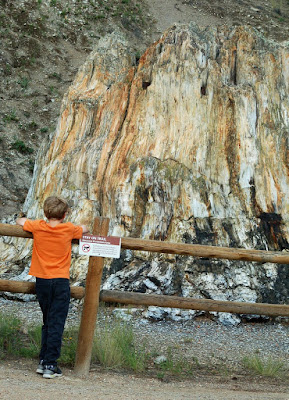 Flowers growing on another stump. 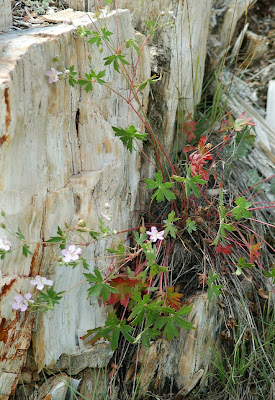 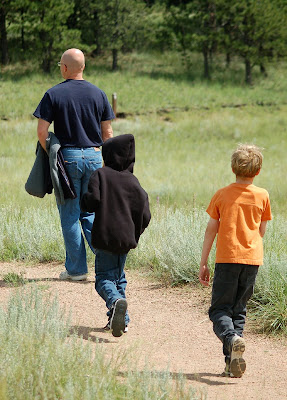 Woodpecker holes on a tree. 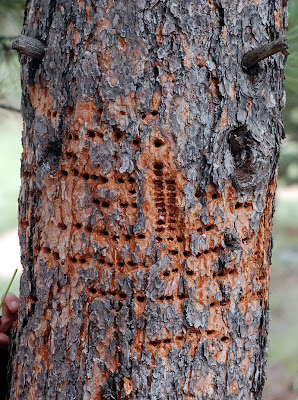 Jonas taking pictures of some thistle with Jason's camera. 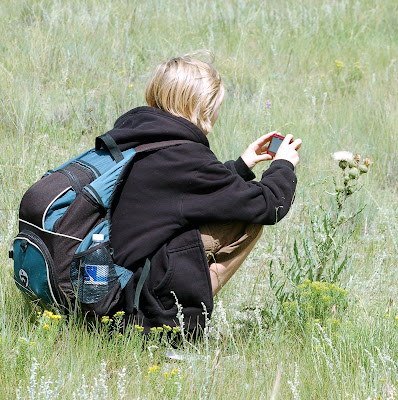 Of course Ryan wanted to borrow the camera, too. Jason gave him a few pointers... 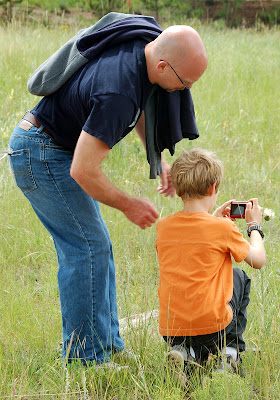 and turned him loose. 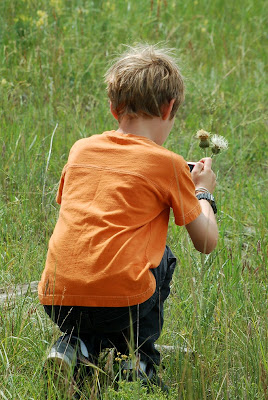 My picture of the thistle. 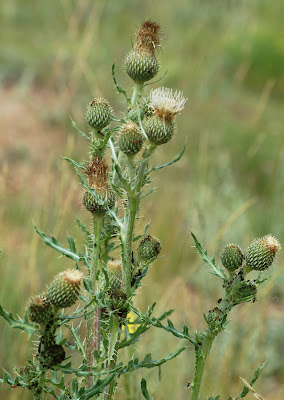 Ryan and James and I. Doesn't Ryan look happy to be sitting with his mother? 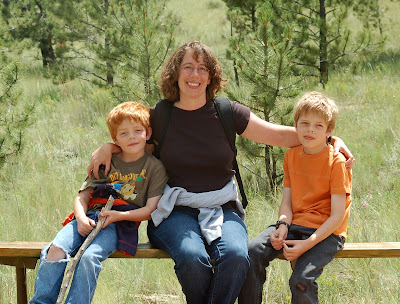 As a reward for taking a picture with me, he got to take this picture of me. 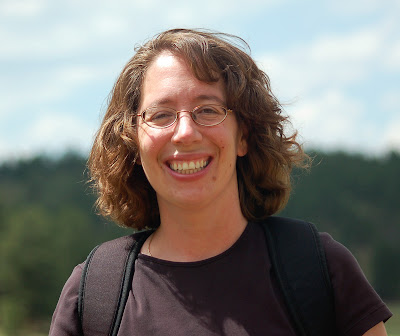 James brought his favorite walking stick on the hike. 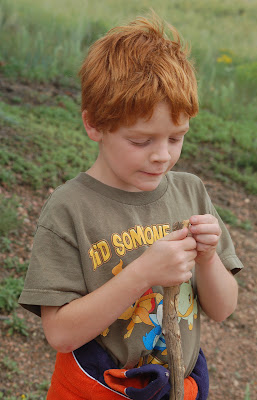 Another picture of James and the stick. 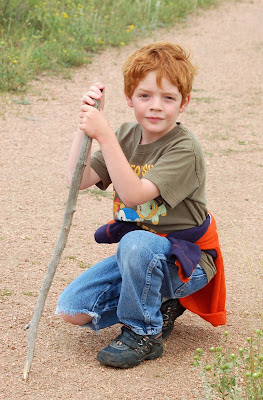 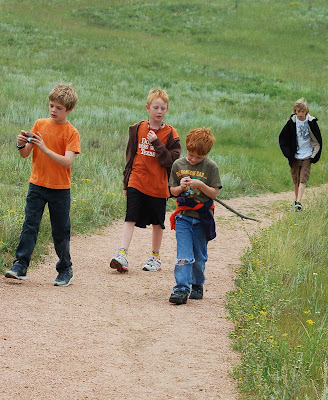 About two thirds of the way through our walk, storm clouds began to roll in. 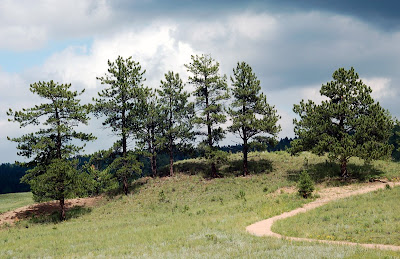 The sky got dark and ominous and it looked as though we were going to get wet. 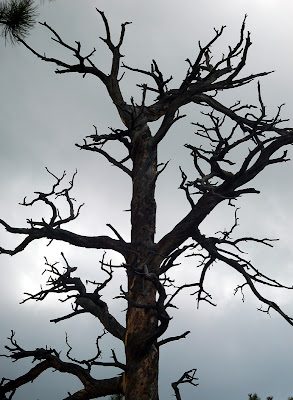 Can you see that shadow coming? 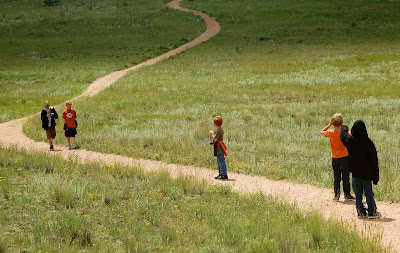 Trying to outrun the weather! 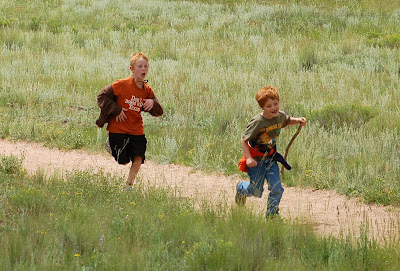 It worked! No one got wet (at least not that time!). Here is one last picture of the whole group minus me. 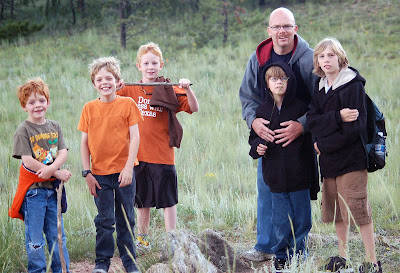 All these pictures tire me out - just too, too many boys! Too bad no one took a picture of the big brothers.