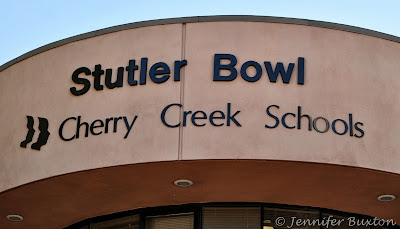 We were supposed to arrive one hour before his race.  I dropped him off at the Prairie tent and found a place where the light was good. 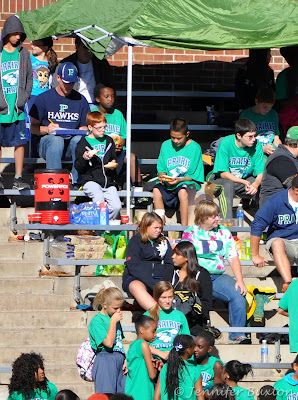 The meet was running behind schedule, so we got to watch a lot of races. 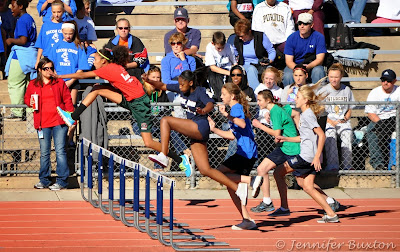 It was exciting every time they ran past... 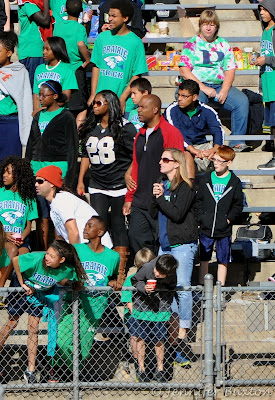 especially when a Prairie runner was in contention. 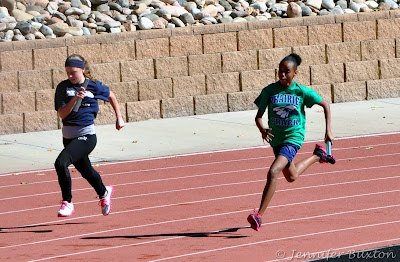 Finally it was James' turn to go down on the track. 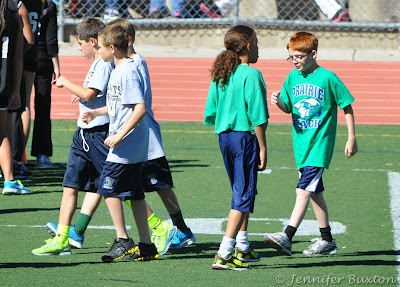 We watched a few more races. 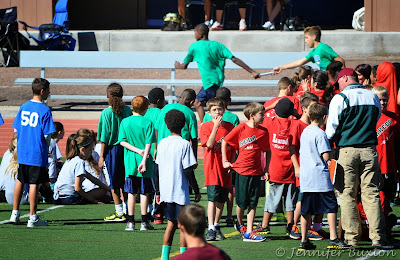 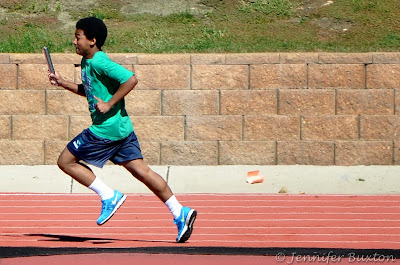 Then the sixth grade boys lined up for the 800 Meter Run and they were off. 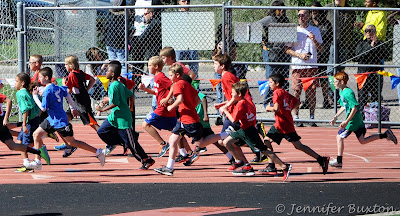 James was running hard all the way around the first turn. 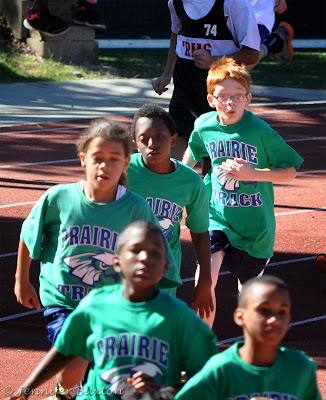 He raced down the backstretch... 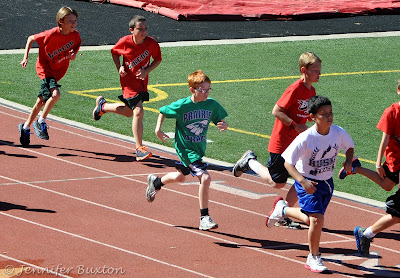 and into the second turn. 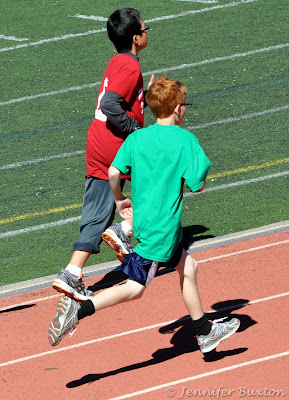 He looked a bit tired as he finished the first lap, but then he go a second wind... 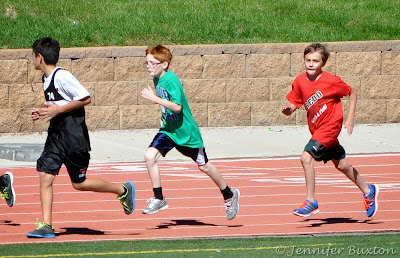 and passed a few people. 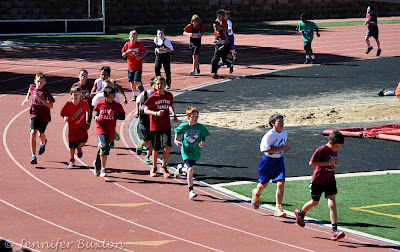 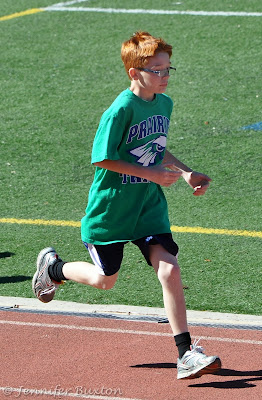 He kept it up all the way around the last turn... 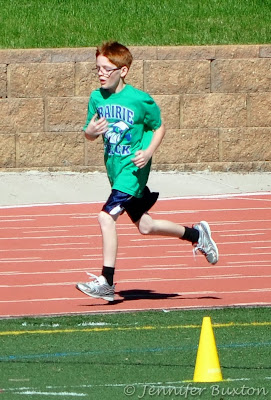 That wasn't nearly fast enough to win, but it was a personal best and worth celebrating.  Thank goodness there was a Dairy Queen right next to the track! 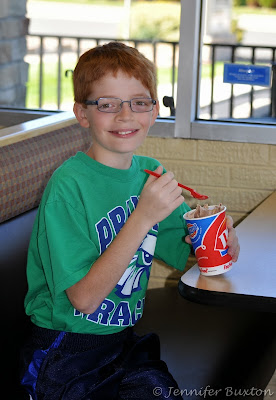 Atta go, James! You did well!