James had his first track meet at Prairie yesterday. 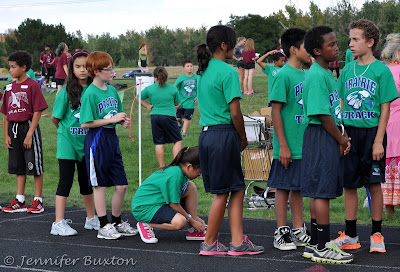 He was signed up to run in the mile race with about a million other kids. 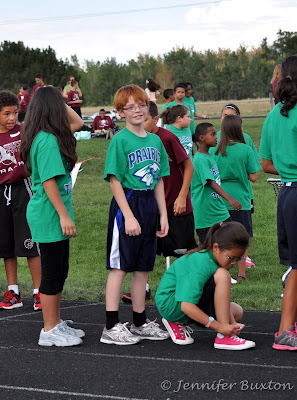 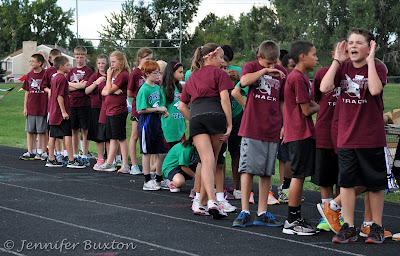 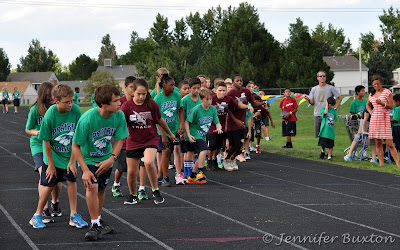 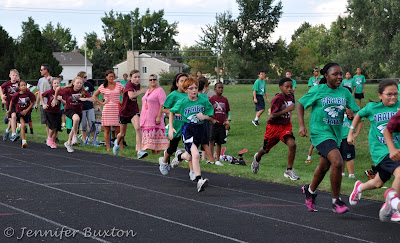 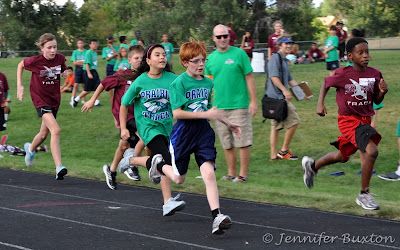 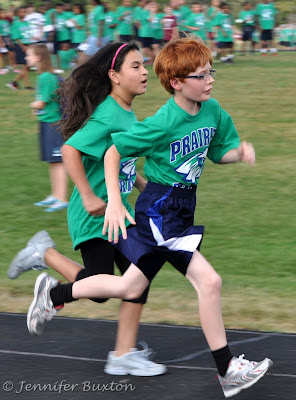 as he headed down the track... 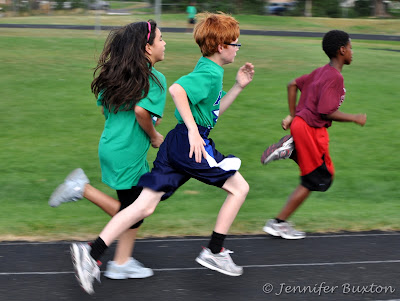 and around the corner. 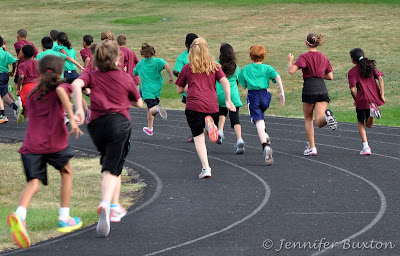 As the runners passed by me for the second time... 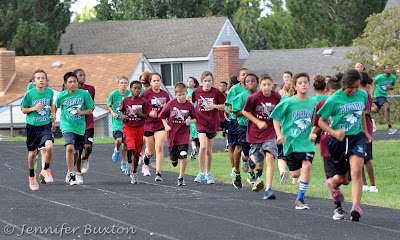 I could see that James was beginning to have some trouble. 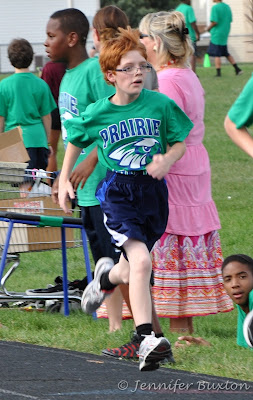 He's been battling a cold for several days, and he's reached the coughing stage.  Poor kid.  It's hard to run a mile when you can't breathe! 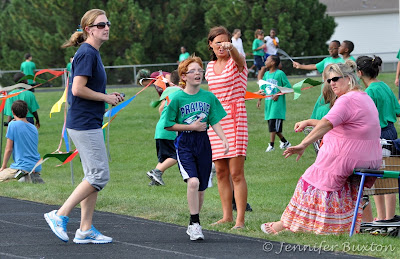 He ended up finishing the race at a walk. 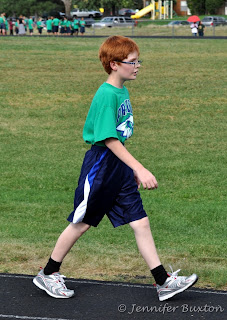 Oh well.  At least he had lots of walking company! 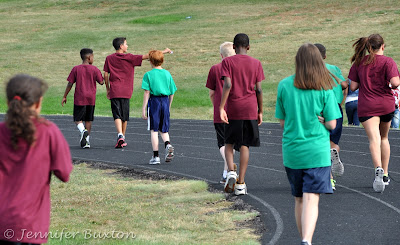 You'll do better when you're well. Nice form, though.