Last August, the kids and I flew out to California to visit my parents.  We had so much fun that we decided to do it again, and this time we took Seth.

Our flight to Los Angeles was delayed due to mechanical issues.  Normally this would be a bad thing, but it gave us time to go visit my friend, Cathy. 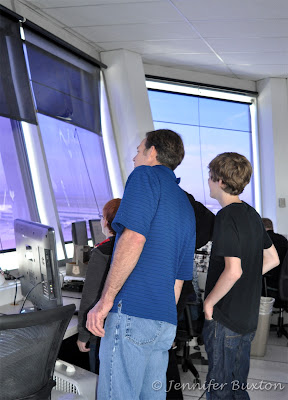 She works in one of the towers at Denver International Airport. 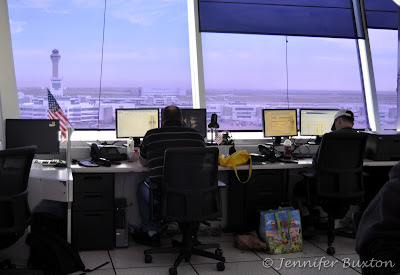 The view from the tower is spectacular... 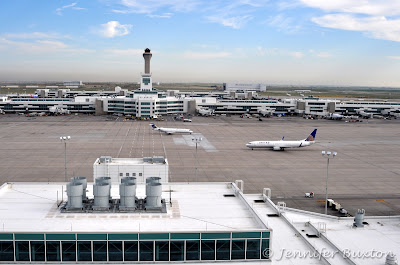 and it's even better from the catwalk! 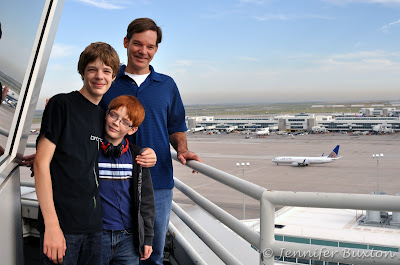 This one would have stayed out there all day. 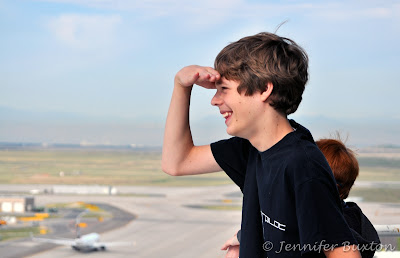 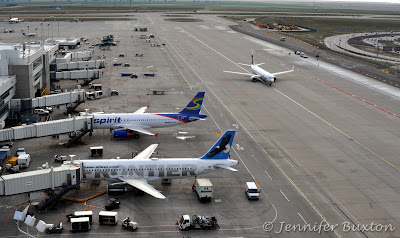 this was an enjoyable way to spend the morning! 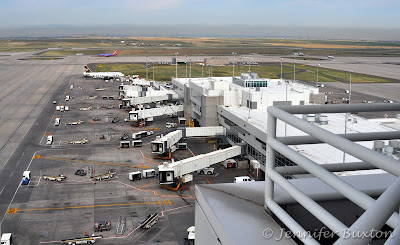 Eventually, however, we had to return to the terminal.  We were flying on buddy passes and the flight was full, but somehow we all managed to board the plane.  Hurray! 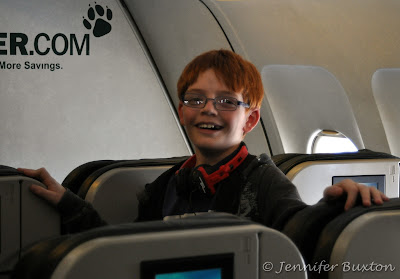 We arrived at LAX... 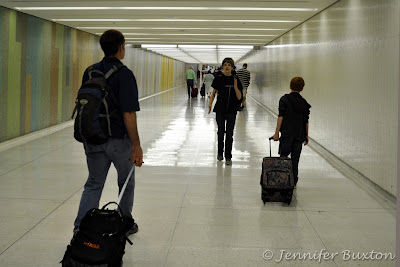 and took a stinky van to Union Station.  We were all hungry, so we bought sandwiches and ate outside in one of the little courtyards. 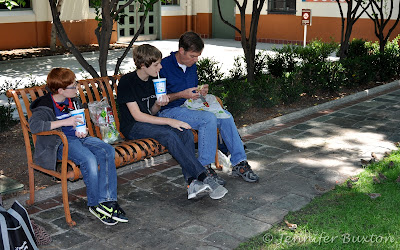 It wasn't long before our lunch attracted a whole flock... 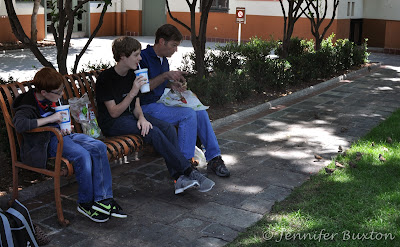 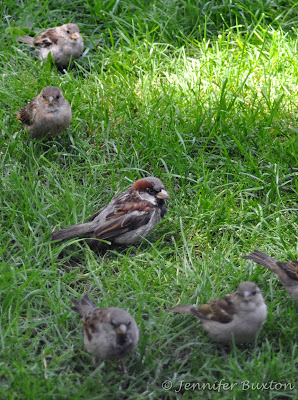 They may look sweet and innocent but don't be fooled. 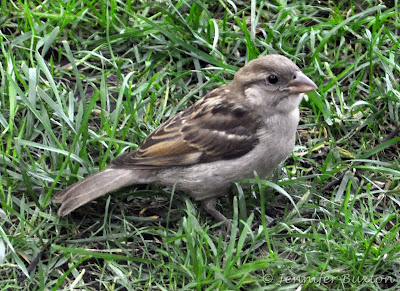 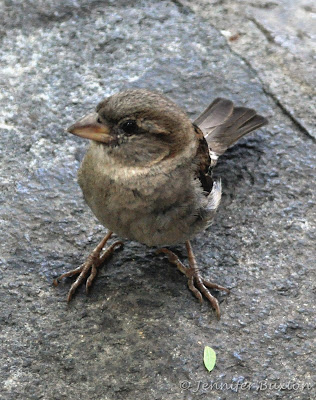 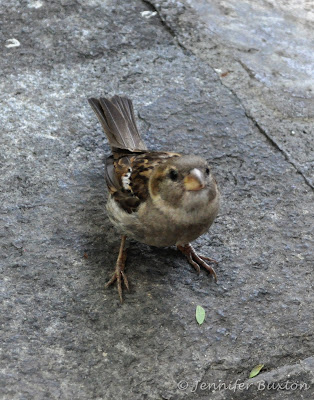 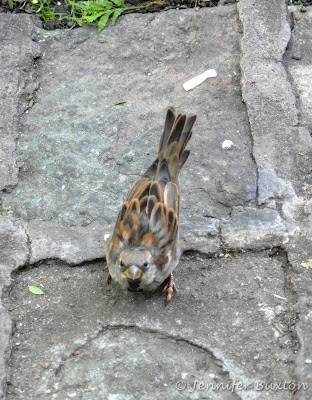 When all the food had been consumed, we boarded a train headed towards Memere and Grandpa's house.  Yay! 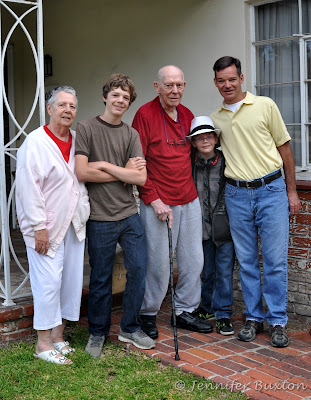