Although the Buxton family isn't known for their musical talent, James decided to join the Highline Choir and Handbell Chorus.  He has been working hard all semester to get ready for the annual Christmas concert which took place last Thursday evening.  Seth, Ryan and I were in attendance.  Doesn't Ryan look thrilled? 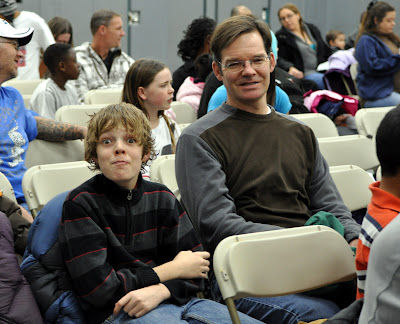 James entered the gym with a big smile on his face... 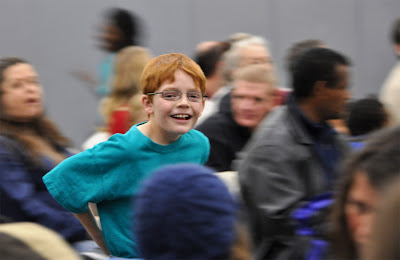 but he became very serious... 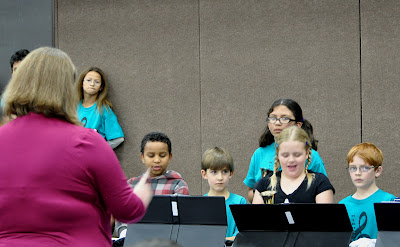 when faced with the handbells. 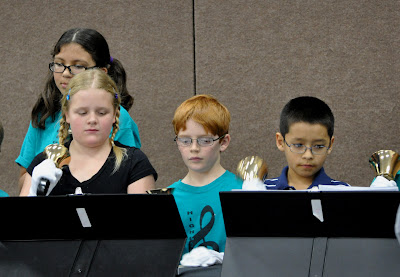 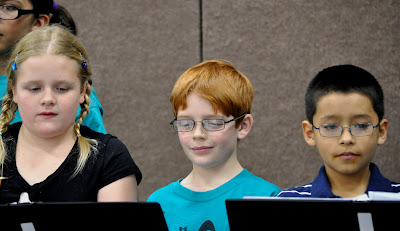 After the bells, the kids climbed up onto the stage to sing.  James couldn't resist mugging for the camera. 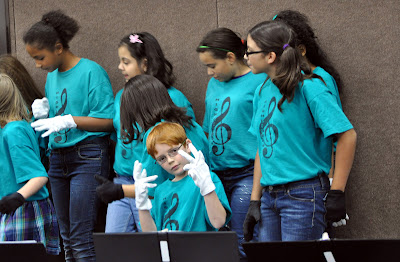 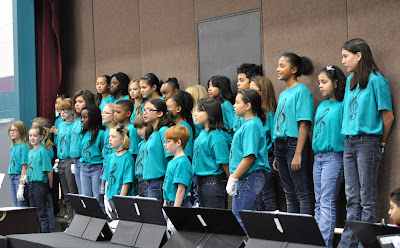 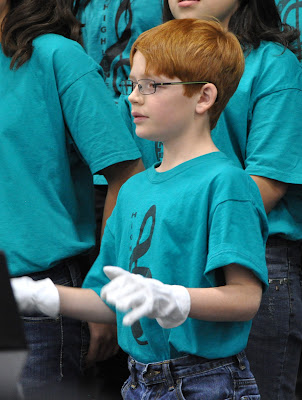 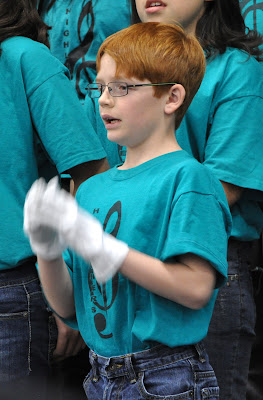 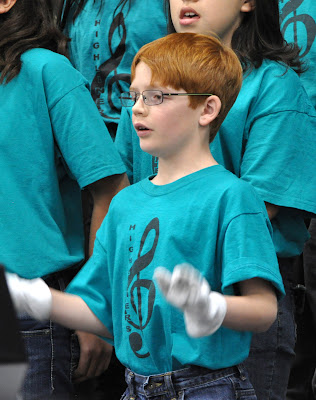 Here he is sharing a joke with friend and neighbor, Cynthia. 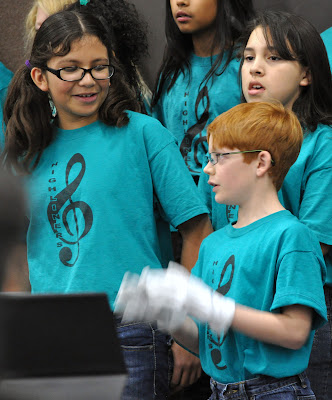 James did not get a solo, but he did get to introduce one of the songs.  He spoke very loudly and very clearly.  Yay, James! 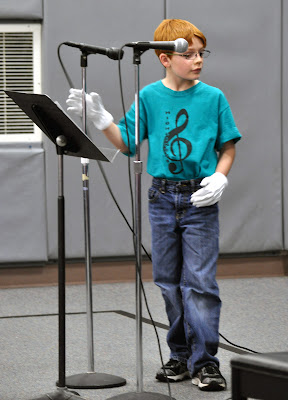 The last song was called "Seven Feet of Snow." 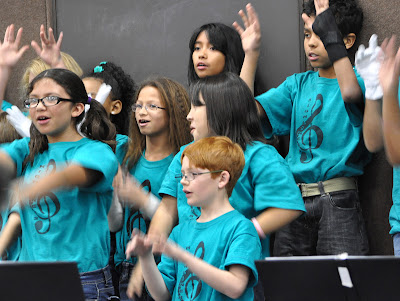 This was a favorite with the kids... 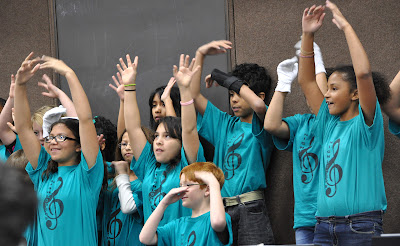 because they got to throw "snowballs" at the audience at the end. 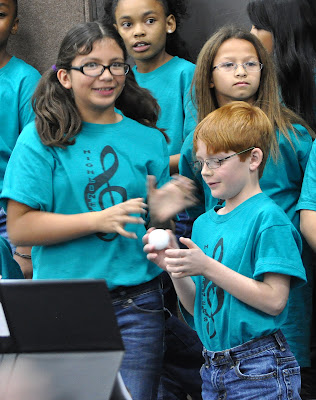 When it was all said and done, James was the very first child to take a bow.  Yay, James! 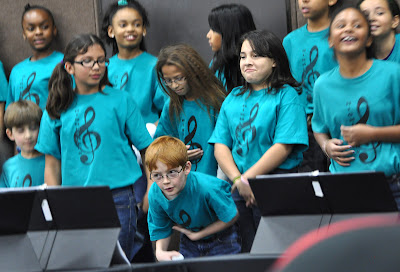 Good for you, James.

Awww, he most likely won't appreciate this but that is so adorable! :)