Yesterday we had a rat birthday party. 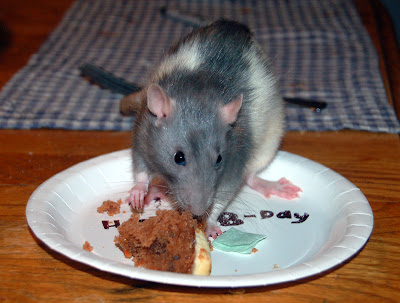 The boys have been wanting to do this for several weeks. I kept putting them off because the idea of a rat birthday party seemed ridiculous. Yesterday, however, I changed my mind. July was such a bad month. Between the stress of Seth's unemployment and the sadness of Abbie's death, this hasn't been a very happy house. I decided they needed something fun and silly to celebrate. 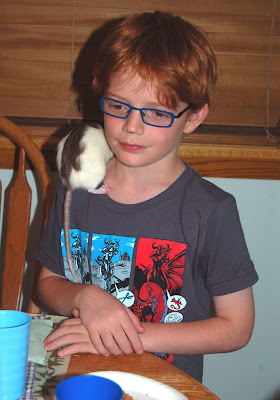 We bought one piece of carrot cake at Safeway and divided it into three human sized portions and two rat sized portions. Ryan decorated a paper plate for his rat. 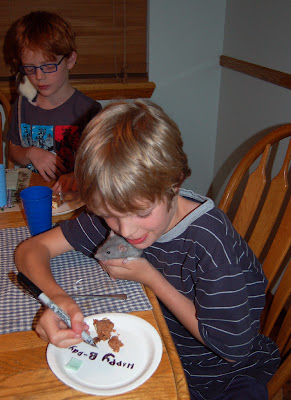 Seth wasn't here for the festivities (I'm sure he'll be so disappointed!). Maggie made an appearance, though. 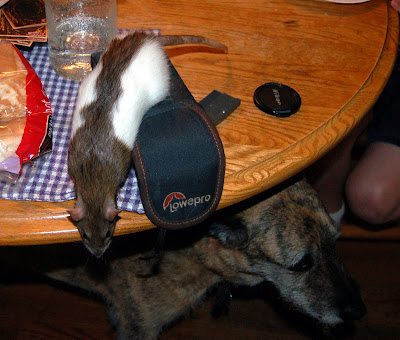 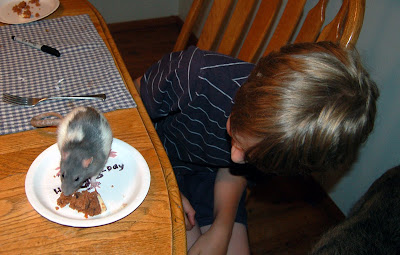 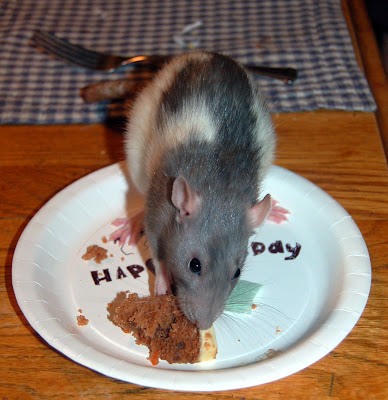 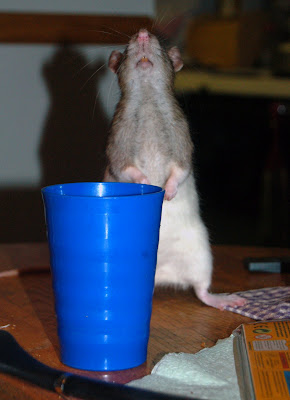 "Go away, Cinnamon. This is my cake!" 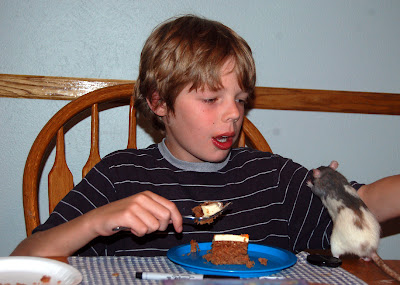 I could probably go the rest of my life without attending another rat birthday party, but the kids really enjoyed it so I'm glad I let them have their way. Now if I could just get them to help me scrub all the little rattie germs off my kitchen table! 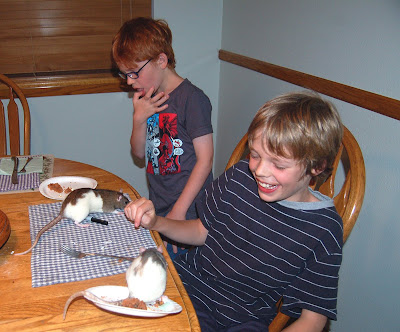 I think it's absolutely delightful! Feel free to bring the rodents here for the next tea party! Cinnamon and Basil are so cute :-)