Tomorrow will mark the one month anniversary of Abbie's death. I still miss her, of course, but the acute phase of the grieving process is mostly behind me. I've only cried once in the last couple weeks but that was a doozy.

It happened last Saturday. The boys and I were shopping at Petsmart, and as usual, James was randomly running up to people and asking if he could pet their dogs. One lady had an American Eskimo that really didn't look much like Abbie. She was much smaller and her face was completely different. I didn't think anything of it until I reached down and petted her back.

Oh, she felt exactly like Abbie! It took me by surprise and I was completely overwhelmed by a sudden rush of emotion. I burst into tears, and then I had to explain why I was crying which only made it worse. Ryan gave me a big hug and I did eventually pull myself together. Still, both boys seemed a little nervous around me for the rest of the day.

School started Monday and James' first homework assignment was to bring three pictures to school. One was supposed to represent his favorite place. He told me that was Eaton Canyon and asked if I could find a picture of him there. With both boys looking over my shoulder, I put an old memory card in my laptop and pulled up some photos from December 2007.

This was the picture that opened first. Both boys tensed up instinctively. I think they thought I was going to burst into tears again. They shouldn't have worried. I like seeing old pictures of Abbie. They remind me all the good years we had together. 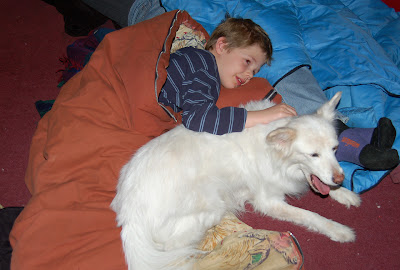 This particular group of photos was taken on New Year's Eve 2006. I think this was the first year we let the kids (try to) stay up until midnight. 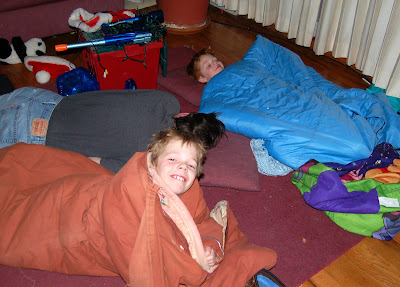 Only one of the three Buxton men managed to ring in the New Year with me. Can you guess which one it was? 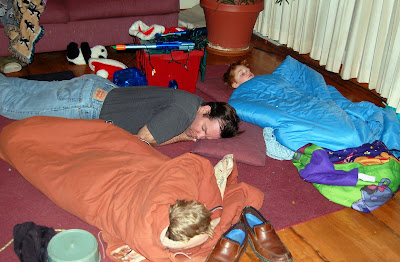 Not Seth. He was the first casualty. James made it a little longer, but by ten thirty he was all yawns. 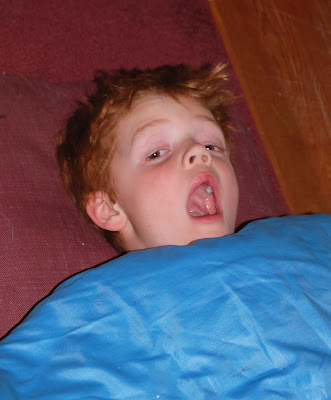 By eleven o'clock he was out cold. 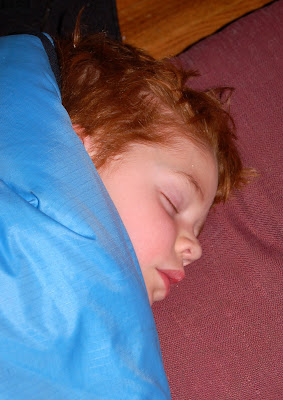 When midnight came, it was just Ryan, Abbie and I who were awake to welcome 2007. Abbie and I rang in a lot of new years together, and I sure am glad I have pictures of at least one of them! 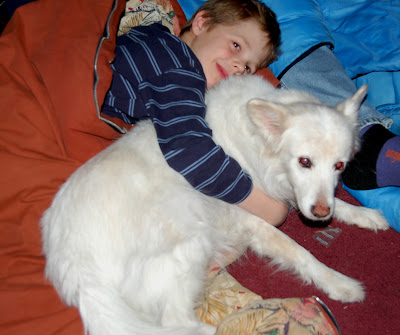 The photos of Seth passed out on the floor are hilarious.