The kids didn't have to go to school Friday so we decided to spend the day at Rocky Mountain National Park. The main purpose of the trip was to see elk and aspen. However it was after twelve by the time we arrived and everyone was starving. Rather than go looking for critters, we first found a nice spot by a river to have lunch. 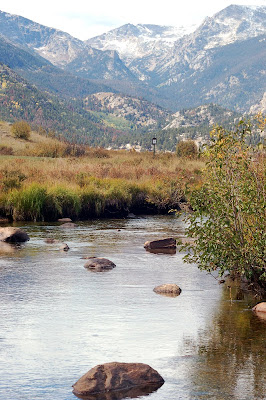 James is always happy to pose for my camera. 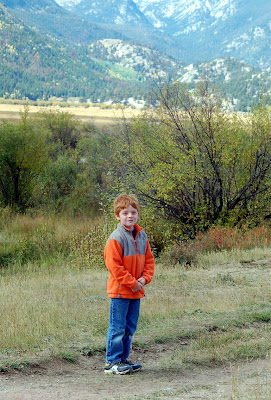 His father is less accommodating. He saw me pointing the camera in his direction and made this face. 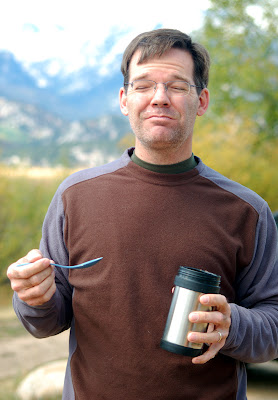 I looked at the camera's display and told him to pose again, this time with his eyes open. Here's picture number two: 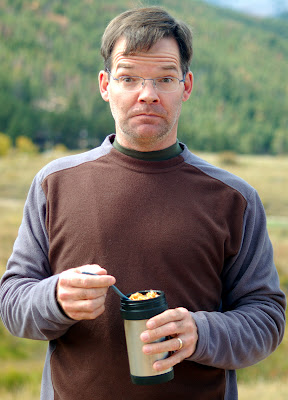 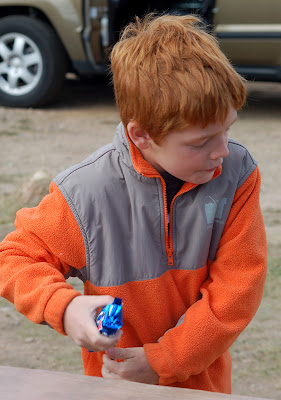 and headed down to the river bank. 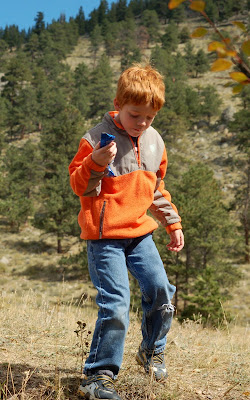 Seth followed his lead, as did Ryan. 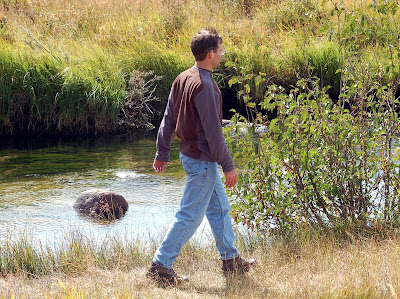 This is Ryan pointing at a fish in the water. 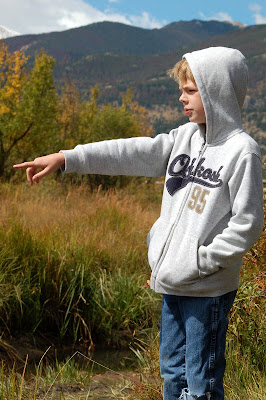 And this is Ryan after he realized I was taking pictures of him. What a brat! 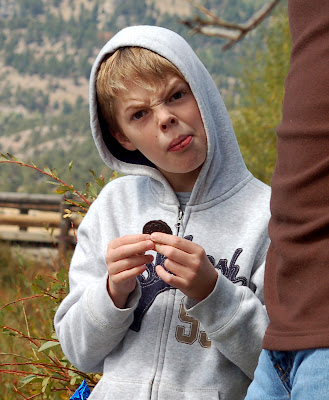 Ryan is not the only brat in the pack. I won't mention any names but he is big.

Ha Ha! I *knew* someone was going to say that.

That first photo of Seth is crying out to be his new Facebook profile photo.