As of last Friday, there are three new little Buxtons living in our basement. Adorable as they are, the new arrivals are not the subject of today's post. Instead I'm thinking back to 1983 when the first Cinnamon came into my life. 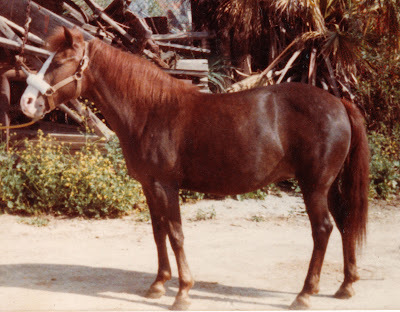 That Cinnamon was a chestnut pony mare, about 13.2 hands tall, who belonged to Tom Sawyer Day Camp. One of my classmates had leased her for the winter, but she was a timid rider and it wasn't long before she decided Cinnamon was unmanageable. I was a lot braver so she became my project. 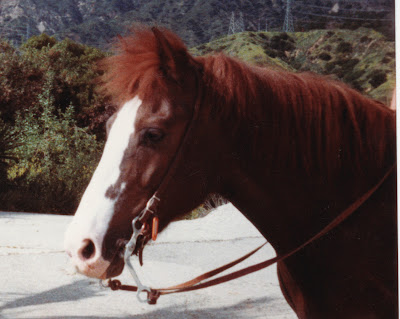 And what a wonderful project she was! She was being boarded at Eaton Canyon Riding Club which was just down the road from my parents' house. I rode her several times a week and her previous bad behavior all but disappeared with more frequent exercise. 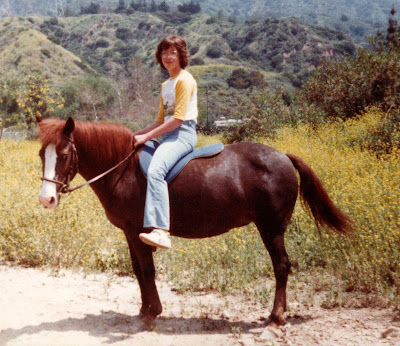 My best friend Sarah rode her, too! 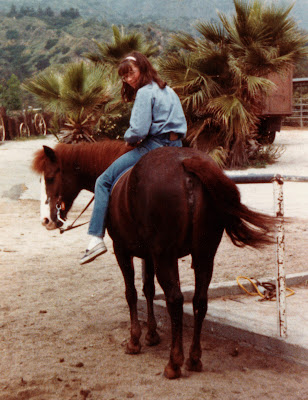 Even Erin and her friend Lisa shared in the fun. I really like this picture because Cinnamon's forelock and Erin's bangs look almost identical! 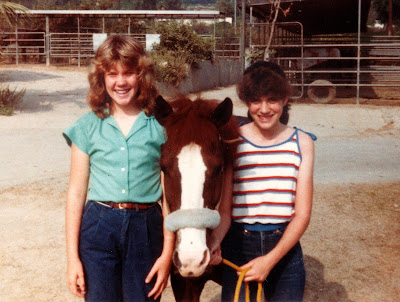 Snickers may hold the "Best Pony Ever" title, but Cinnamon is the one I most wish I could own now. She was such a nice pony. All these years later and I still miss her. 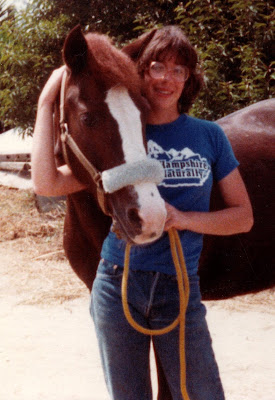 Who the hell cut so many bangs on that poor kid?

I used to ride at Eaton Canyon around the same time period. I wanted to know if it was gone so I googled it and found you. My name at the time was Heather Morgan and I owned Chester. Kathy was my trainer. Do we know each other? It's been so many years I can't remember. Maybe you'll recognize me from this post:

My nickname on the blog is rue for privacy.

Thank you for posting these pictures. It really took me back :)

Just typed in Eaton Canyon Riding Club on Google and wa la your blog appears! My first riding lesson at age 10 was w. Holly I think about the same time you were there?? (approx. 1981). Also, rode Chalkdust, and Luv'n'Stuff (or Love N Stuff) and another horse named Brandy. Remember Chalkdust breaking into a full scale gallop on the trail and holding on for dear life!! I think I have pictures of me riding Love'n'Stuff in a playday. Glad you have pictures posted! Those were great horses! I took lessons with Kathy Meyers as well as Ann Armstrong. I leased Oliver one summer and also a horse named Speedy.

Robin, I have pictures of every single horse you mentioned in your post except perhaps Brandy. Here are links to a few that I've posted here and my other blog:
http://jenniferbuxton.blogspot.com/2008/12/school-horses.html