Although I had my own reasons for wanting to go to Mancos, the main purpose of our trip was to visit Mesa Verde National Park. 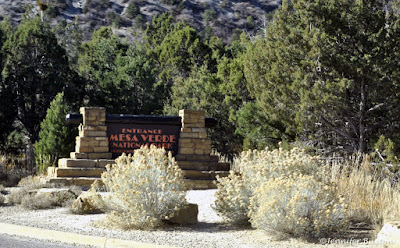 Mesa Verde is a big park, and it's a long drive from the visitor center to the famous cliff dwellings. 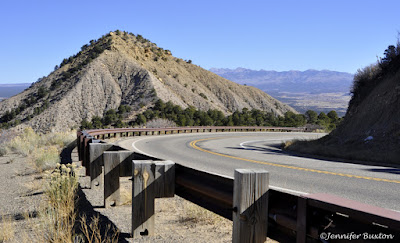 The road is steep and winding and not for the faint of heart. 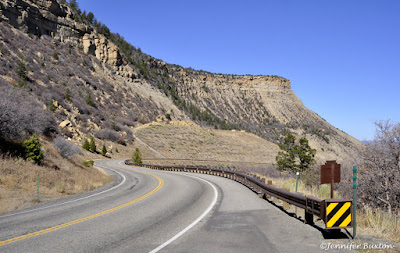 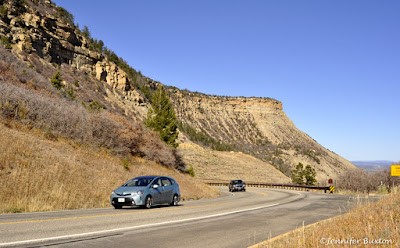 We stopped several times to admire the view. 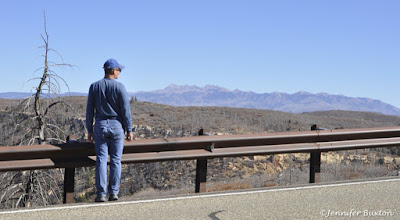 This is the beautiful Mancos Valley... 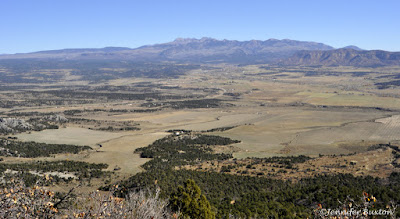 and this is Knife Edge Road. 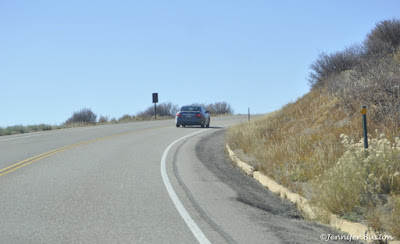 and finally we reached the cliff dwellings. 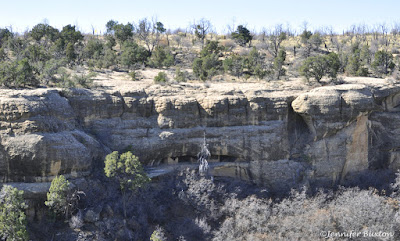 This is Cliff Palace. 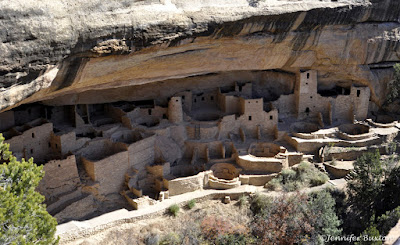 If we had visited in the summer, we could have walked through these rooms. Hemenway House is just a little bit further up the road. 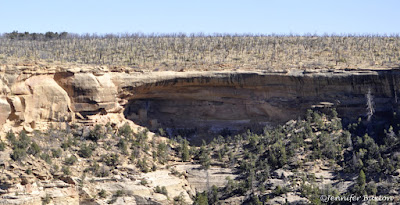 It's smaller than Cliff Palace, but still interesting. 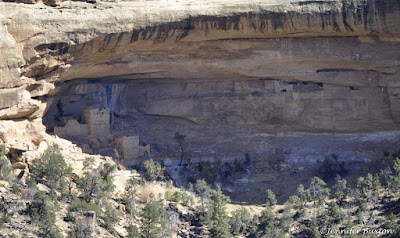 Our next stop was Balcony House. We did get to tour this one, so it will get a post of its own. 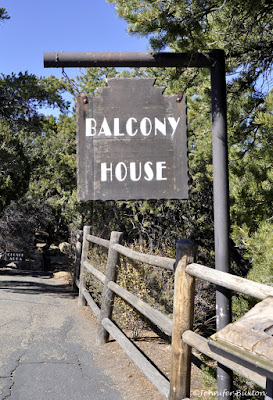 We were starving after Balcony House, so we drove to one of Mesa Verde's restaurants and had a late lunch. I ate a Navajo taco. 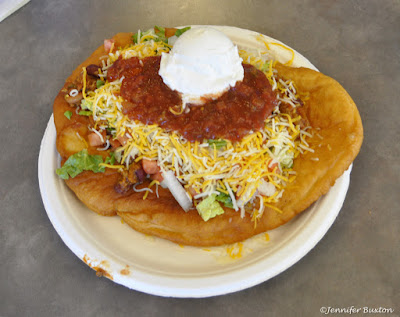 The restaurant is located near some dwellings, so Seth and I went for a short hike after our meal. 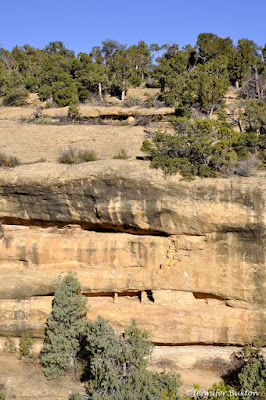 This is Spruce Tree House. It used to be open to the public, but due to crumbling infrastructure, it's been closed for two years. 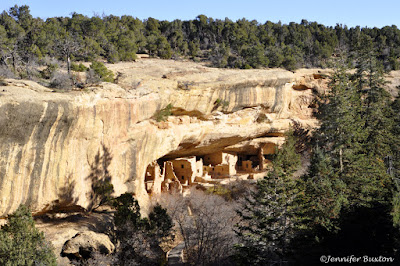 In addition to the big complexes like Cliff Palace, Balcony House and Spruce Tree House, there are little dwellings scattered throughout Mesa Verde. 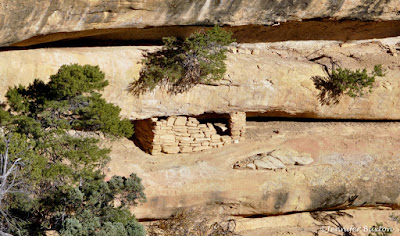 There are also critters! 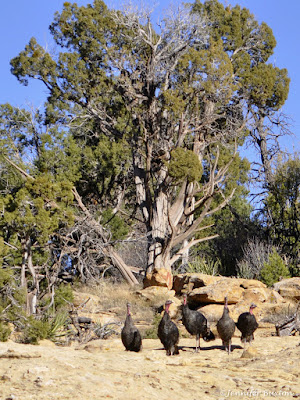 We crossed paths with these turkeys on the way back from Spruce Tree House. 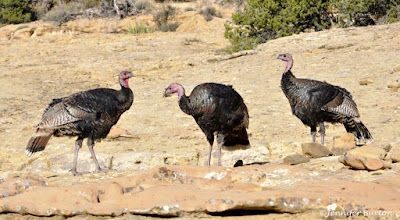 On our way out of the park, we stopped by Park Point, which is the highest spot in Mesa Verde. 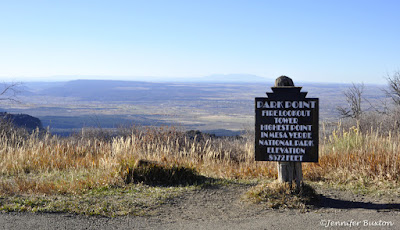 We hiked to the top and took in the views. 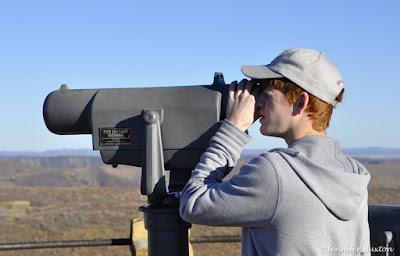 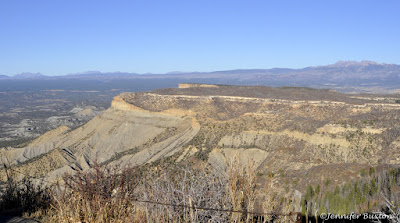 but the Sleeping Ute will always be my favorite. 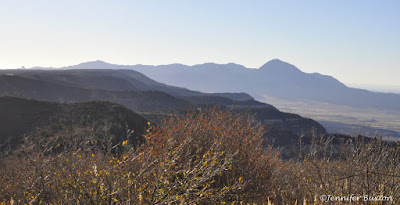 It's a long drive from Aurora to Mesa Verde, but I'm glad we made the trip. 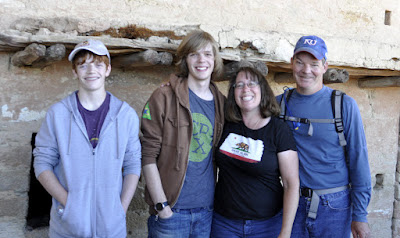