After more than twenty years of civilian life, Carol decided to sign up with the Air Force Reserves.  She invited Ryan, James and I to her enlistment ceremony, so we headed out to the local recruitment office... 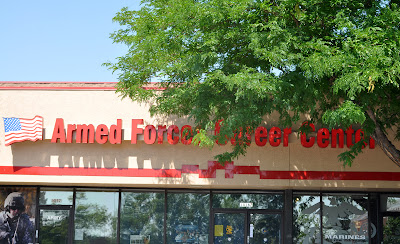 where we found Carol filling out her enlistment paperwork. 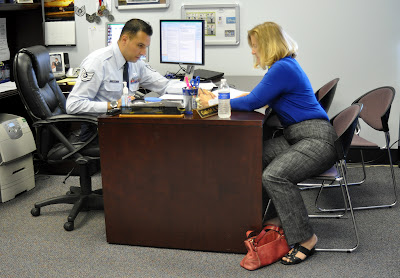 Signing her life away... 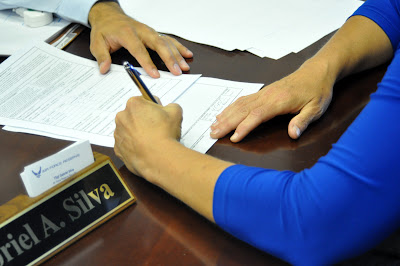 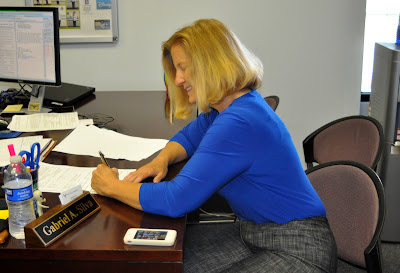 Carol's friend, Marie was there to administer the oath. 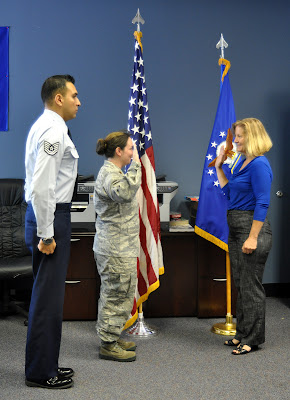 Congratulations, to the new recruit. 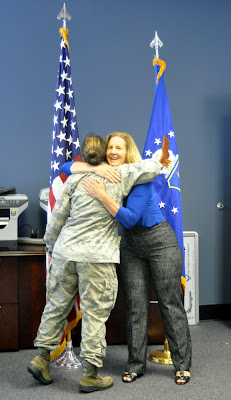 The ceremony was short but the picture taking went on and on! 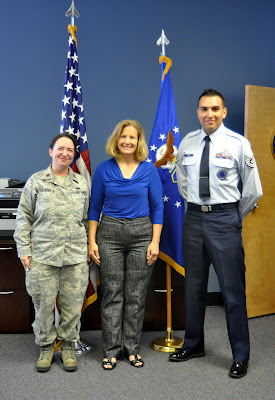 Carol, Marie and Nate with Carol's father, Chuck and her stepmother, Pat. 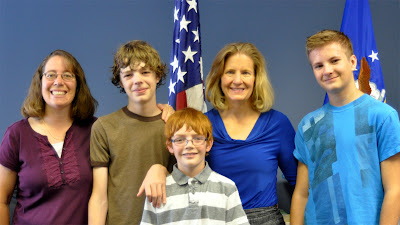 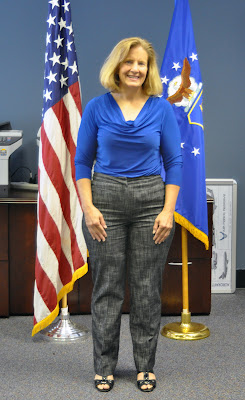 I want to see her in uniform!