Every summer Kristin and Nate join Ryan, James and I on a trip to Belleview Park.  This year we arrived early and the park was nearly deserted. 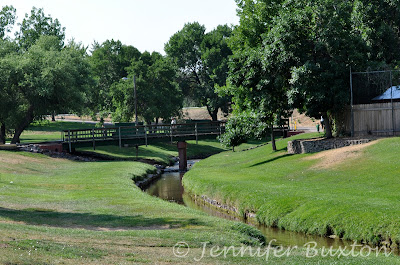 Everyone headed straight for the water... 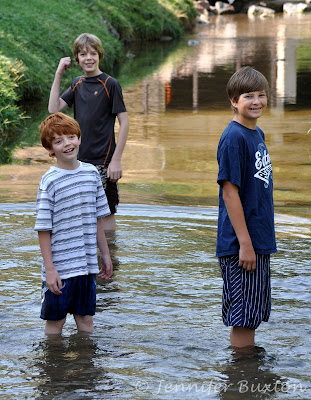 and headed upstream toward the tunnels. 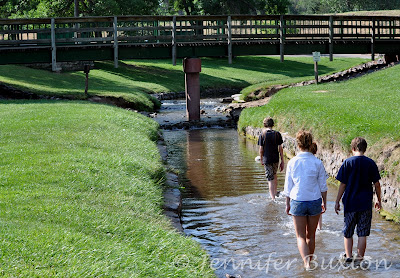 Last year Darcy was extremely reluctant to get her feet wet. 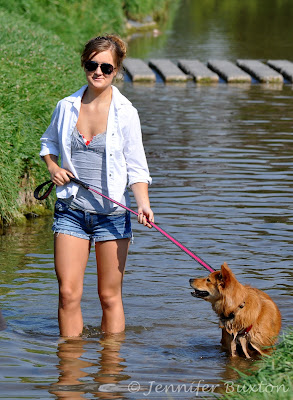 Not so this year! 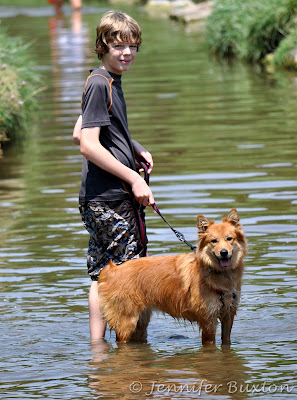 She was on her best behavior... 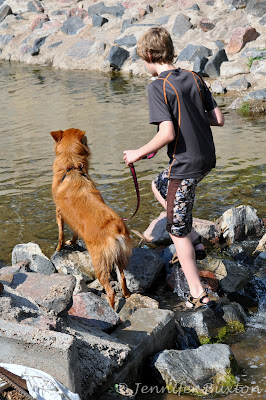 until the water got deep enough that she had to swim. 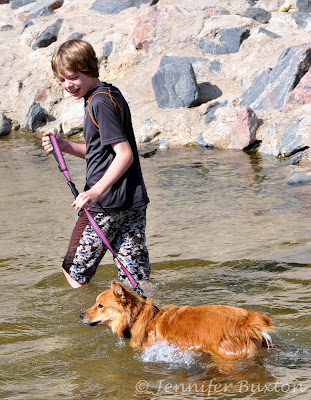 She didn't like that at all and was glad when everyone climbed up on the rocks... 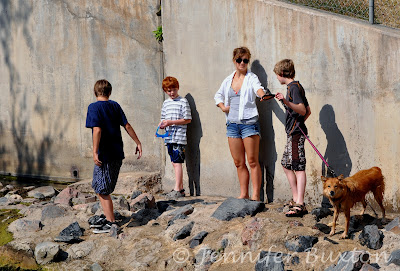 and headed into the tunnel. 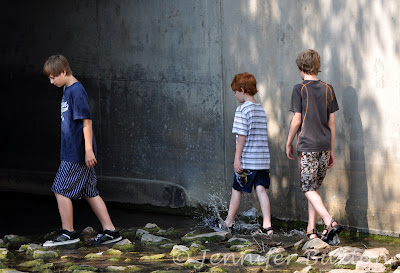 Coming back, she was once again confronted with that "deep" water.  She waited until James wasn't paying attention... 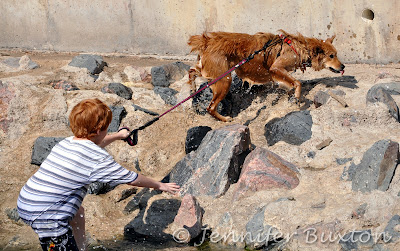 and climbed to safety! 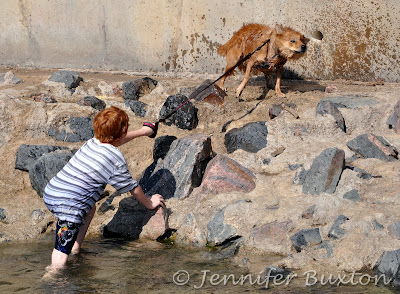 It took a lot of encouragement to get her back into the water.  Fortunately, Nate was patient! 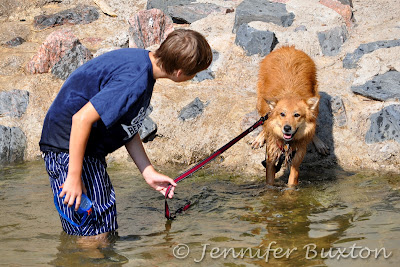 While we were near the tunnels, we saw this pretty coyote hanging around the baseball field. 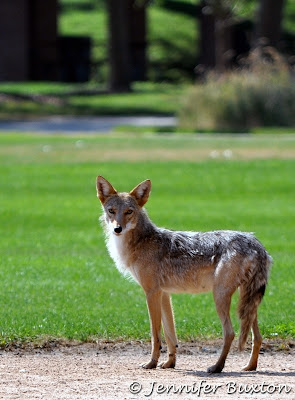 I took lots and lots of pictures of her.  She didn't seem to mind. 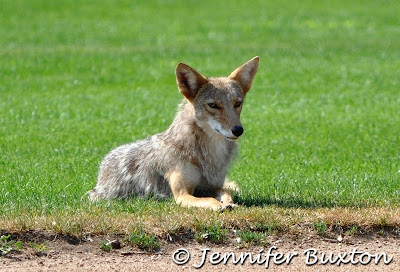 We also swung by the playground so James and Kristin could revisit the scene of last year's accident. 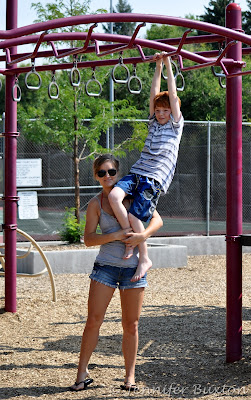 No broken bones this time! 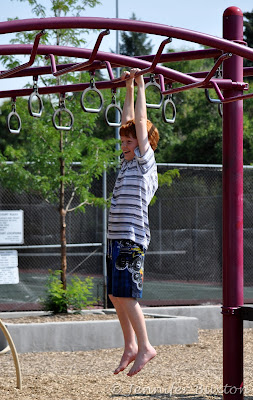 Eventually we headed downstream for lunch... 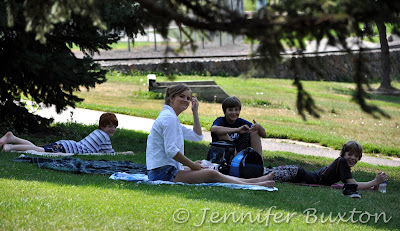 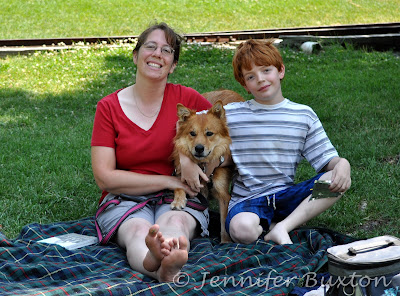 As always, a good time was had by all! 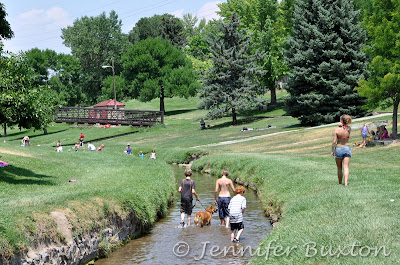