Today we went to Westlands Park. 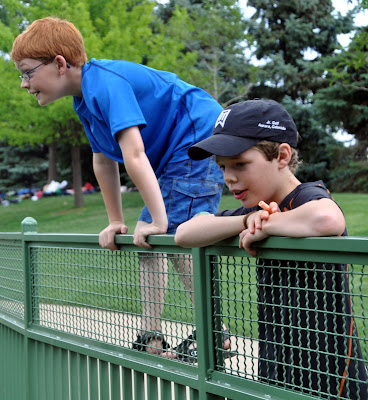 Westlands Park is a big, multi-featured park located in Greenwood Village near the Denver Tech Center.  When Ryan was little, he used to call this the "Big Slide Park." 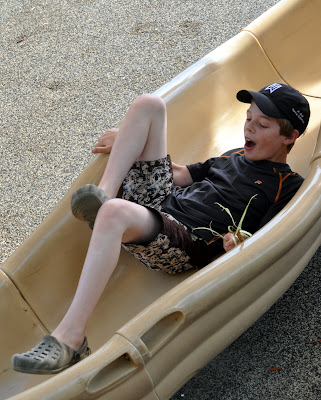 That slide doesn't seem quite as big these days, but both kids still enjoy going up... 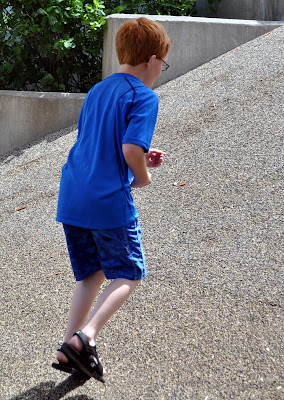 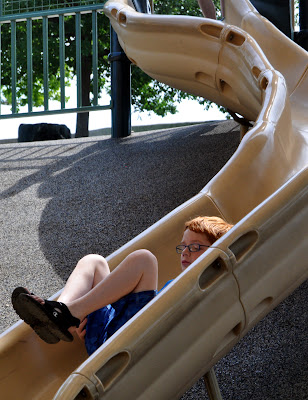 Most of the playground is geared towards younger children, but there are some good climbing walls. 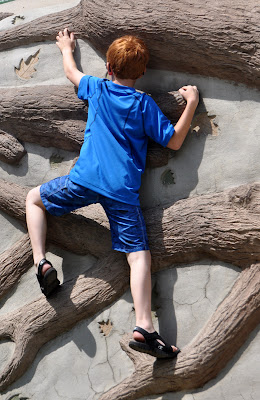 Ryan cheated and used the stairs! 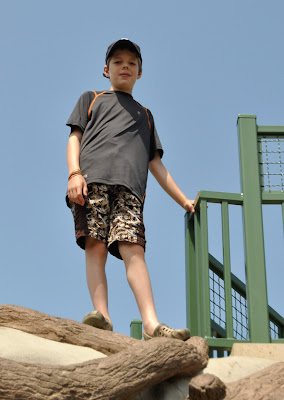 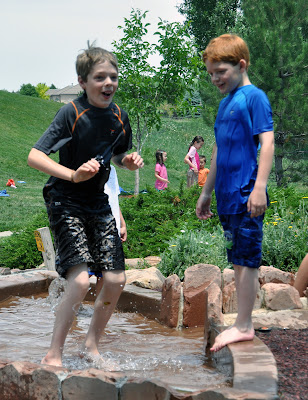 I don't know why, but this seems to be the summer of the peace sign for James. 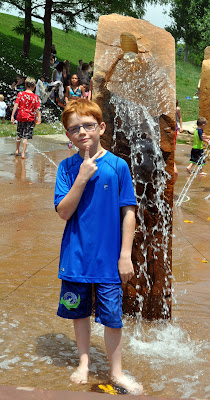 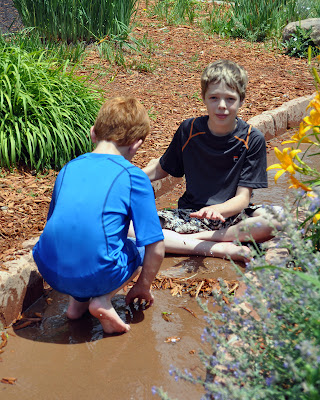 sitting on a geyser, 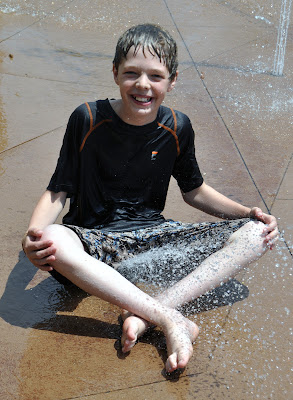 standing under a waterfall, 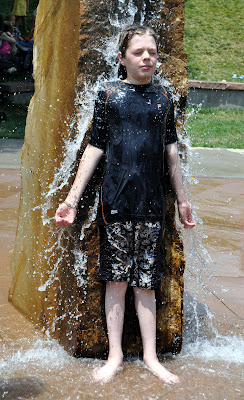 and complaining that you're cold! 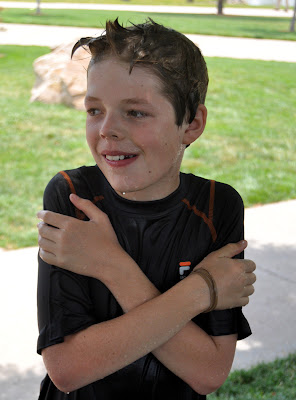 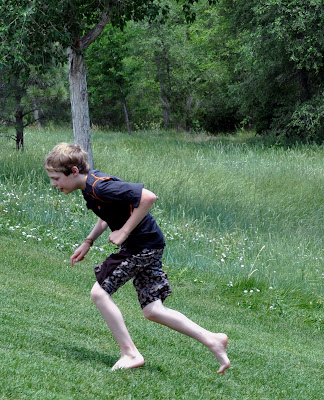 and then roll down.  Bonus points are awarded for knocking down your little brother. 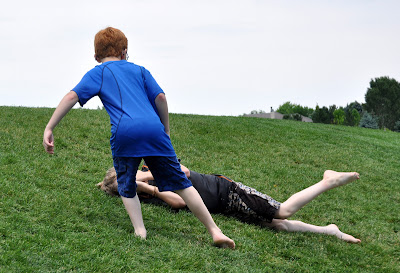 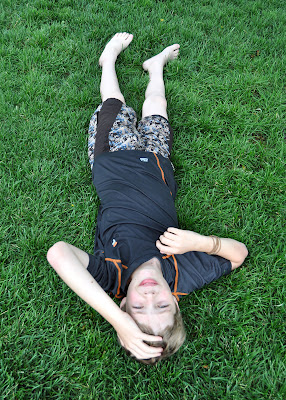 After a few rounds of this, the boys are off and running... 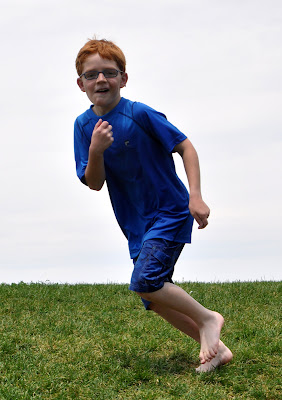 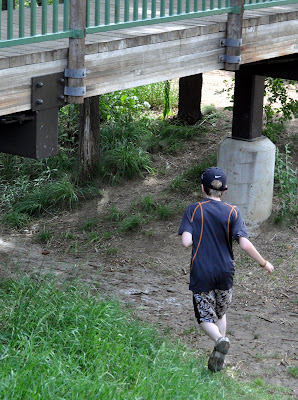 to their favorite part of the park--an undeveloped woodsy area between the playgrounds and water feature.  This area is perfect for exploring. 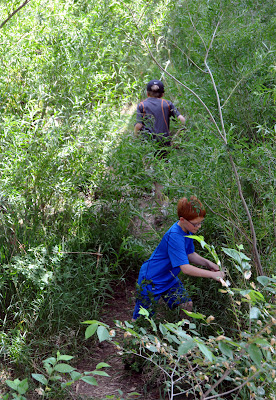 Ryan shows off his mad survival skillz by making a rope from some vines. 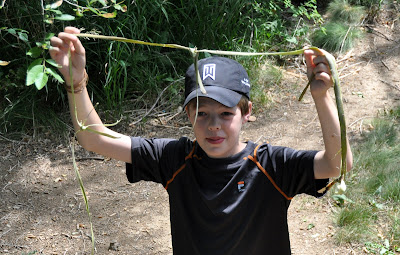 After a while a group of camp kids showed up, and Man vs Wild became hide and go seek. 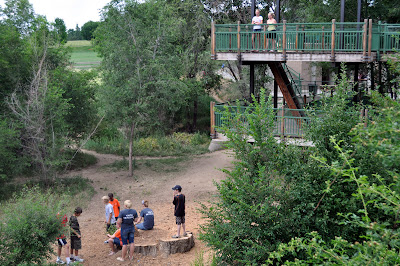 Fortunately, James has scoped out the perfect hiding spot. 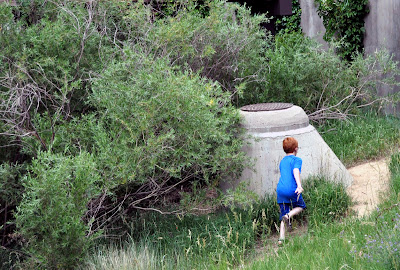 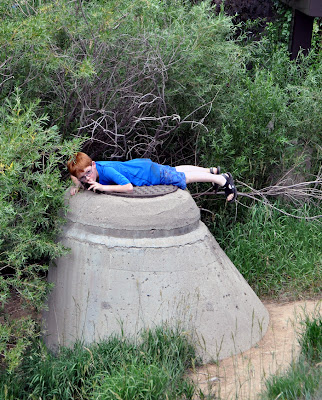 What a fund day! The boys look so happy!