James likes money. He likes spending money, but he likes saving it even more. Yesterday he counted his money and he has over $53. That is worth smiling about. 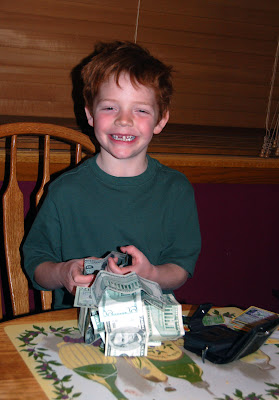 You can build a pretty nice castle with $53. 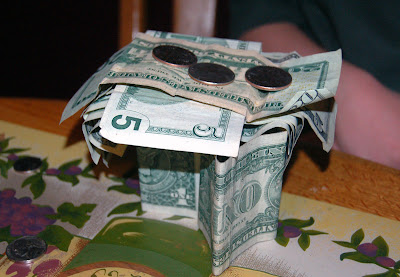 The castle looks even better with Pokemon cards added to it. 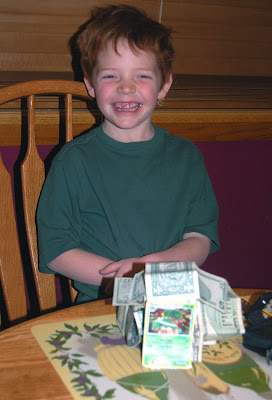 James has been carrying his money around with him for several months, but now he says he wants to take it to the bank and start a bank account. I think we'll do that today.
February 2009.
Posted by Braymere at 11:59 AM

does he have a grown-up wallet? I think he is ready for one

He does, but he still likes to take all his money out, spread it around and play with it.

We did open a savings account for him yesterday. He put $35 in there and kept the rest out to play with.